It’s time for me to finally let go of 2016 by officially announcing my top ten films of 2016. I’ve said this multiple times at the beginning of 2017, but I just don’t think 2016 deserves to be known as a bad year for movies. I think it was a bad year for blockbuster films, but at the end of the year there were so many great films to watch. END_OF_DOCUMENT_TOKEN_TO_BE_REPLACED

It’s time for the second – and final – half of the nominations for the 2016 IJR Awards. This time it’s all about movies and documentaries. I’ll announce the winners of all categories on February 20th, before announcing my top ten films of 2016 on February 22nd. END_OF_DOCUMENT_TOKEN_TO_BE_REPLACED 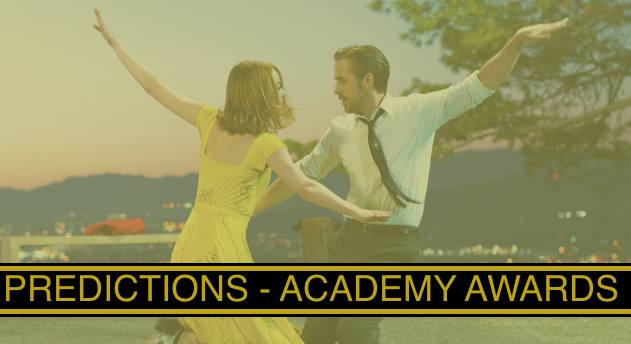 It’s that time of the year again, folks! The Academy Awards are just around the corner. Soon the Academy will reveal all of the nominees. However, just like last year, I am going to try to predict the nominations and, later, predict the winners based on the actual nominations. END_OF_DOCUMENT_TOKEN_TO_BE_REPLACED

The following is a review of Denis Villeneuve’s Arrival – based on a short story by Ted Chiang.

The very best directors can do anything. They aren’t just locked in on a single genre, they master multiple essential ones. They also aren’t ‘filmmaking slaves’ to a single franchise. While they may operate within a franchise from time to time – like Alfonso Cuarón did with Harry Potter and the Prisoner of Azkaban – they don’t dedicate their careers to them. END_OF_DOCUMENT_TOKEN_TO_BE_REPLACED

“Why are they here?” – That’s the question in Denis Villeneuve’s newest film Arrival, based on a short story by Ted Chiang. Today two trailers for the film were released, the one above this paragraph is the regular official trailer, but in this recap I’ll also be discussing the international trailer, which can be found here. END_OF_DOCUMENT_TOKEN_TO_BE_REPLACED

Not long ago we got the news that the casting process for young Han Solo was almost done. Rogue One‘s first trailer should be appearing sometime in the next month or so. So, I started to wonder about other possible Star Wars-anthology films that I wanted made. That lead me to today’s post, wherein I pitch two Star Wars stories for Disney to adapt.  END_OF_DOCUMENT_TOKEN_TO_BE_REPLACED

Please be aware that cinematic release dates are based on the Danish theaters. Therefore, films from 2015 that premiere in 2016 in Denmark won’t be considered for the I’m Jeffrey Rex Awards, and after some reconsidering only 2015 films released in Denmark in 2015 are eligible for my top ten films of 2015. END_OF_DOCUMENT_TOKEN_TO_BE_REPLACED

The following is a review of ‘Sicario’, a Denis Villeneuve film.

I had a lot of expectations going into the theater to watch Sicario. The spectacular cast isn’t the only thing you should be excited about. Denis Villeneuve, the director, is one of the hottest new directors in the world. His last three films (Prisoners; Enemy; Incendies) have been some of my favorites in the years that they’ve been released, and Villeneuve is directing the hotly-anticipated Blade Runner sequel soon. In short, I expected Sicario to be one of the best films this year – I was not disappointed.