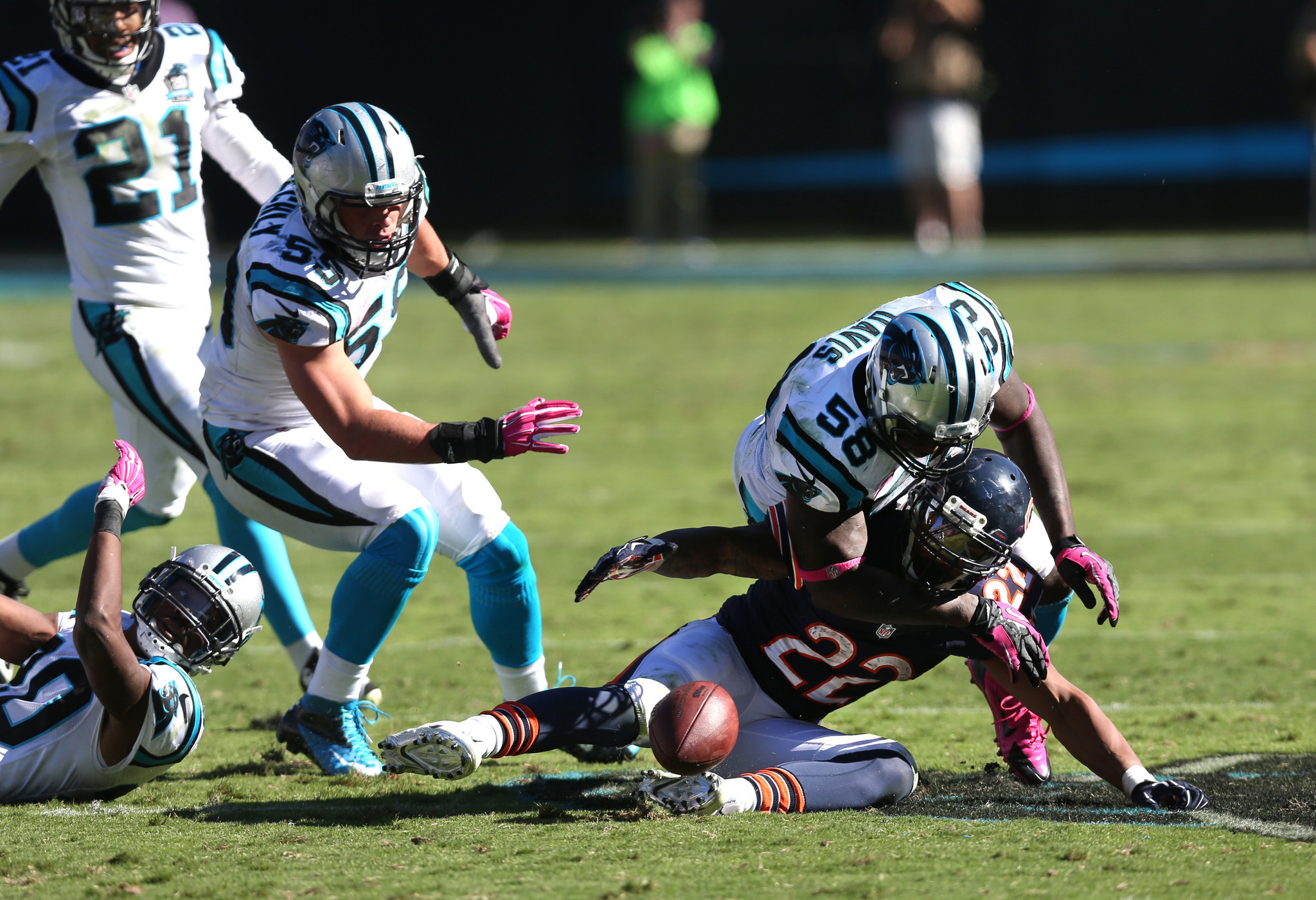 5 weeks into the regular season of the 2014 NFL season – and the Chicago Bears are 2-3. Now, let’s be clear, I didn’t completely expect the Bears to beat the 49ers at Levi’s, but, I expected them to beat Buffalo, Carolina, the Jets and then Packers at home. In my head, I saw the Bears as a 4-1 team after 5 weeks. But, no, we’re not there yet. And in today’s Foreign Perspective-essay I’ll focus on the Chicago Bears. They aren’t who they thought they were, who we thought they were, but they are who the Packers thought they were – overhyped. With that having been said, the world isn’t falling apart, this is football – not the end of the world. I’m not angry, I’m sad – but mostly I’m confused. The Bears should be better than this.

Let’s start by briefly analyzing each game this season – what did we expect, what happeneed, what worked – what went wrong? First up were the Buffalo Bills at Soldier Field. Going into the game everyone thought the Bears would destroy the Bills. Every piece of the Chicago offensive-machine was better than their Buffalo opposition. Michael Irvin had mentioned Jay Cutler as an MVP candidate, and the Bears were set to rule the NFC North. The Bears could only disappoint, and sooner rather than later the Bears were being executed on live television. Jared Allen had never won at Soldier Field, and this was not his day to break that record. Surprisingly, the Bills took the win in overtime – and the only memorable thing from that game was an active Matt Forté. 0-1 to start the season – trying to catch up.

Then came the big, signature Jay Cutler win at Levi’s Stadium in Santa Clara, Calfornia versus the 49ers. The Bears were expected to lose, but did not, they prevailed after a tough beginning to the game. As Brandon Marshall planted a kiss on Jay Cutler’s head, every Bears-fan knew how it felt to win due to a team-performance. As Trestman said, the team played for four quarters – something you’ll later see being a problem for the Bears. The big thing for me, other than the Cutler-to-Marshall connection thriving, was the emergence of Kyle Fuller – 1st round rookie cornerback. These were the Bears we wanted to see, and they spoiled the Levi’s party.

Amazingly, though, the Bears could not run the ball with Forté versus the 49ers, and that problem would continue versus the New York Jets – as the Bears almost lost their win at the very end. The Bears weren’t perfect, they were good though – but it could’ve gone very wrong at the very end. Cutler was great for the second week in row, and during an interview he said that they needed to “ride the momentum” – and that was one thing the Bears did not…

2-1, at home, versus your biggest rivals. A. Must. Win. Game. You cannot lose at home to the Packers, and expect to win the NFC North. And the Bears started well, slinging the ball down the field well. Scoring points, and we looked like a top tier offense – finally. However, our defense? Well, they could not hang on. Aaron Rodgers destroyed our secondary – humiliated our team – and Mel Tucker could do nothing to stop it. Eventually, some bad referees would pulverize the Bears’ hopes for a lead at the half. In the second half? Well, the offense didn’t show up – and we were still out looking for a brand new defense. We were humiliated, detroyed – at home – versus the Packers. This time, Trestman, the Bears did not play for four quarters – and they were not awake. The only positive thing was the running game. Finally, it worked – but, it did so when everything else failed.

And that brings us to last week’s game versus the Carolina Panthers. Against Carolina we couldn’t stop shooting ourselves in our feet. But the thing is, even after going down 7-0 due to a stupid penalty-move on our Special Teams – we were actually playing well. The Cam Newton-offense is not bad, but the defense has been. At a certain point in the game we were up by 14 points – and were looking to score even more in the 2nd half… However, that was not really to be. Trestman likes to play the game for 4 quarters, as has already been highlighted today, but this was yet another game wherein we did not. Jay made mistakes, yes. Forte fumbled, yes. Gould missed the FG, yes. But we were too conservative offensively, and were only rushing 4 men defensively. Embarrasing to drop 2-3 when leading by 14.

We’re 2-3, and have a lot of tough games coming up. I feel worried, but I’ve been confident in Trestman and Emery for a while. Tucker and DeCamilis aren’t working out properly, and Emery needs to find someone else for their positions. But… This is still a work in progress, and it could be a lot worse than 2-3. Cheer up, fellow Bears fans.