Overview provides my readers with a brief overview of the articles or reviews that I have written. In December 2020, among other things, I reviewed Netflix’s The Midnight Sky and Ma Rainey’s Black Bottom. In general, I tried very hard to review as much as I could before the end of the year, but I actually still have some reviews that I need to finish.

END_OF_DOCUMENT_TOKEN_TO_BE_REPLACED

To say that 2020 was unique for everyone on the globe would be a massive understatement. The year will obviously be remembered for the shocking and world-changing impact of the COVID-19 pandemic. I think most people would agree that 2020 was a pretty bad year, all things considered, even though there definitely were good things that happened along the way. But today, on New Year’s Eve, I want to take one last look back on the tumultuous year and, since this is primarily a blog about films and television, how it forever altered the film and movie theater industry END_OF_DOCUMENT_TOKEN_TO_BE_REPLACED

The following is a review of Godzilla II: King of the Monsters — Directed by Michael Dougherty.

I can’t say that I’m a big Godzilla expert. I’m what you would call a casual fan of the kaiju films. And when it’ll come to King Kong versus Godzilla in a few years, I’ll probably be on the side of the iconic ape. But that’s neither here nor there. I remember watching Emmerich’s Godzilla from 1998 when I was a kid (I don’t think I’ve seen it since), and I remember watching Gareth Edwards’ Godzilla from 2014 in the theater with my mother and my sister. I have no problem admitting that I was one of those people who was frustrated greatly by Edwards’ film which did, admittedly, give us these amazing visuals, but which suffered from the eponymous monster’s disappointing screen-time. With King of the Monsters, the kaiju-titan focused ‘monster-verse’ is course-correcting their approach to Godzilla, but, in doing so, they’ve unfortunately saddled a spectacular monster movie with thinly written characters and poor dialogue. END_OF_DOCUMENT_TOKEN_TO_BE_REPLACED

The following is a review of Shazam! — Directed by David F. Sandberg.

It pleases me to say that the DC Cinematic Universe has turned a corner. For so long, Wonder Woman, the first film in the connected universe to receive a majority of positive reviews from film writers, seemed like an anomaly in the inconsistent universe where mixed reception was the best that you could hope for. James Wan’s Aquaman, however, was a big hit — one that indicated that perhaps the DC connected film universe still had life in it. And for Shazam! — a character most audiences will be unfamiliar with — DC and Warner Bros. borrowed yet another director from the Conjuring-film universe, Swedish David F. Sandberg, who, thankfully, has made a huge homerun hit for the weakened connected universe.
END_OF_DOCUMENT_TOKEN_TO_BE_REPLACED

The following is a review of Mowgli: Legend of the Jungle — Directed by Andy Serkis.

I feel so bad for Andy Serkis. Back in 2014, Andy Serkis, who, in spite of some secondary or assistant positions on other films, had never directed a film before, was hired to direct Warner Bros.’ CGI-heavy version of Rudyard Kipling’s The Jungle Book. Though the studio had been in talks with prominent directors since 2012, it was Serkis who was eventually chosen to bring this film to audiences around the world. END_OF_DOCUMENT_TOKEN_TO_BE_REPLACED 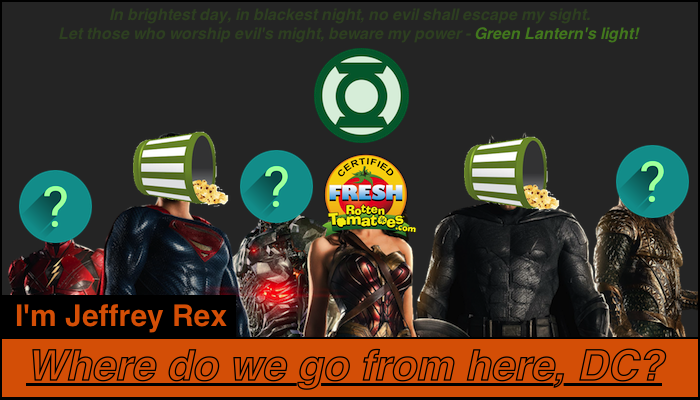 Remember that fantastic trailer for Man of Steel? The trailer that made it seem like DC and Warner Bros. would continue hot off the heels from the Dark Knight trilogy by introducing us to a breathtaking new Superman movie. Man of Steel was ultimately a disappointing beginning to a severely underwhelming cinematic universe. END_OF_DOCUMENT_TOKEN_TO_BE_REPLACED 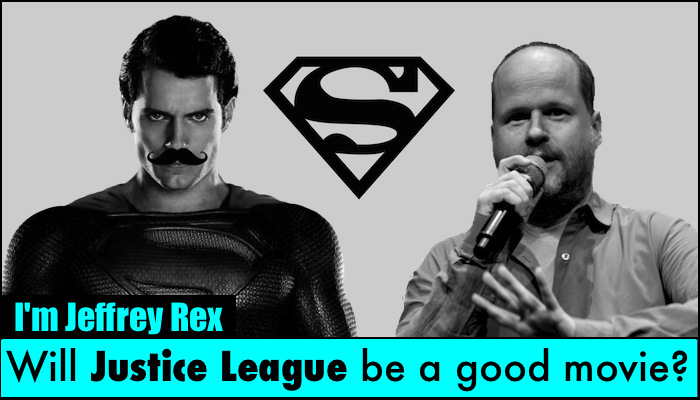 When Marvel Studios gave us the excellent superhero team-up film The Avengers, the studio had already given us five different films that effectively introduced us to both the major and minor characters in the ginormous team-up film.

Warner Bros. followed a different formula. Before giving us the forthcoming Justice League team-up film, Warner Bros. rushed to introduce us to the team with these quick scenes in Batman v Superman: Dawn of Justice. So, is Justice League going to be a good movie or not? Let’s look at the evidence. END_OF_DOCUMENT_TOKEN_TO_BE_REPLACED

I’m, honestly, still shocked by how well It has done in theaters around the world. It’s amazing. But even though I’ve got a lot of opening weekend’s to predict this month, there is really only one movie that I want to talk about right now: Blade Runner 2049. END_OF_DOCUMENT_TOKEN_TO_BE_REPLACED

It, based on Stephen King’s super-sized novel of the same name, follows a group of kids, called the Losers’ Club, led by a kid named Bill Denbrough (played by Jaeden Lieberher) who had recently lost his younger brother Georgie (played by Jackson Robert Scott). Georgie disappeared into the sewers when he was met by Pennywise the dancing clown (played by Bill Skarsgård). When the dancing clown starts showing up and haunting the fearful kids of Derry, Maine, the Losers’ Club must band together to face their own demons in the form of a scary clown. END_OF_DOCUMENT_TOKEN_TO_BE_REPLACED

The following is a review of Dunkirk – Directed by Christopher Nolan.

Christopher Nolan is one of the most celebrated directors of the 21st century thus far, and it is for a good reason. In my opinion, Christopher Nolan hasn’t made a bad film yet, and I would even go as far as saying he has made multiple masterpieces and very few missteps in the last fifteen-to-twenty years. While Dunkirk doesn’t contain the most impressive story, it is an amazingly impressive film. Dunkirk is a technical masterpiece and the best film of the summer of 2017.
END_OF_DOCUMENT_TOKEN_TO_BE_REPLACED