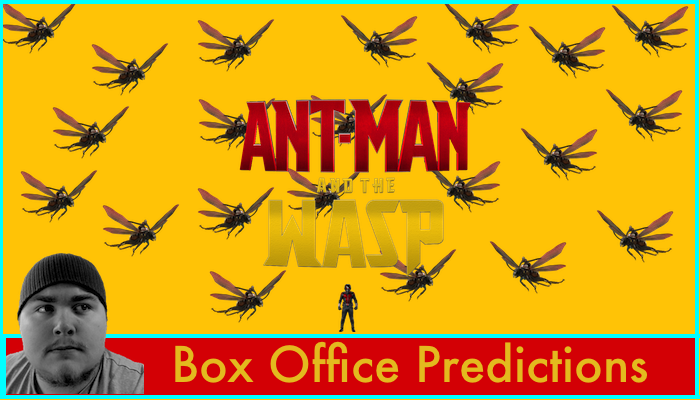 And now we are officially into the second half of 2018. It still feels like the year just started, but, hey, here we are, and it is already time for the third (!!!) and final Marvel Studios film of 2018. Ant-Man and the Wasp is the big topic of discussion for July 2018, but I am also going to be talking about one other major July releases. Let’s get to it.  END_OF_DOCUMENT_TOKEN_TO_BE_REPLACED

The following is a review of Ant-Man and the Wasp — Directed by Peyton Reed.

When the first Ant-Man came out, it functioned as the epilogue to Phase Two of the Marvel Cinematic Universe, which, at that time, had just given us the jam-packed team-up film Avengers: Age of Ultron. Ant-Man was thus a refreshing solo film that acted as a palate cleanser of sorts.

Now, after Avengers: Infinity War’s ending blindsided audiences around the world, Ant-Man and the Wasp is here to act as the much needed lighthearted palate cleanser, and, just like with the first Ant-Man film, it is another good and fun Marvel movie. It is everything you expect it to be, and yet it doesn’t answer all of your questions. END_OF_DOCUMENT_TOKEN_TO_BE_REPLACED

It’s time for another Top Ten Tuesday. I’m still getting through the best heroes of this decade, and we’ve reached 2015. Do note that these characters aren’t solely ranked on how heroic their actions are. Also, some heroes may not be traditional heroes. In fact, this list includes groups of heroes too. Without further ado, here are the top ten movie heroes of 2015. END_OF_DOCUMENT_TOKEN_TO_BE_REPLACED

END_OF_DOCUMENT_TOKEN_TO_BE_REPLACED

Marvelous Monday in 2016 posts once a month, on the second Monday of the month.

In anticipation for Captain America: Civil War, I decided to write reviews for every single Marvel Cinematic Universe-film from the first two phases. I already had four written reviews (Winter Soldier; Guardians of the Galaxy; Age of Ultron; Ant-Man), but I thought it was important for me to state my complete opinions on these films, like I did with the original Star Wars trilogy last year. So, over the last few weeks I’ve been writing full reviews for all films released in the M.C.U. so far, with the goal of finishing the reviews for you today, at the latest.
END_OF_DOCUMENT_TOKEN_TO_BE_REPLACED

Yesterday, Marvel Studios released the second full length trailer for Captain America: Civil War, which begins the fourth phase of the Marvel Cinematic Universe. At the very end we got a nice surprise, but there was so much more to the trailer. So, watch the trailer – and come back to discuss the trailer with me! END_OF_DOCUMENT_TOKEN_TO_BE_REPLACED

Marvelous Monday in 2016 posts once a month, on the second Monday of the month.

It’s been a long year with Marvelous Monday releasing almost every Monday in 2015. Today I look back at the most popular Marvelous Monday, and assess the superhero movie year for Fox and Disney. END_OF_DOCUMENT_TOKEN_TO_BE_REPLACED

Please be aware that cinematic release dates are based on the Danish theaters. Therefore, films from 2015 that premiere in 2016 in Denmark won’t be considered for the I’m Jeffrey Rex Awards, and after some reconsidering only 2015 films released in Denmark in 2015 are eligible for my top ten films of 2015. END_OF_DOCUMENT_TOKEN_TO_BE_REPLACED

Last Thursday Marvel announced some updates for its Phase 3 line-up. We are getting an Ant-Man sequel, but at the cost of having to move Black Panther and Captain Marvel around. Meanwhile, Marvel also announced that they are doing three untitled films in 2020. What might they be, and how should we feel about the Ant-Man sequel? END_OF_DOCUMENT_TOKEN_TO_BE_REPLACED

Beware of spoilers from Ant-Man

A lot of things happened at Marvel Studios this last week. The Creative Committee was, according to some reports, disbanded, and Disney changed who Kevin Feige reports to. Ike Perlmutter no longer makes the decisions. Perlmutter has supposedly treated people poorly as a representative of Marvel, but we don’t know what this will mean in the long run. Therefore I chose to write about something else instead – are we getting an Ant-Man sequel?