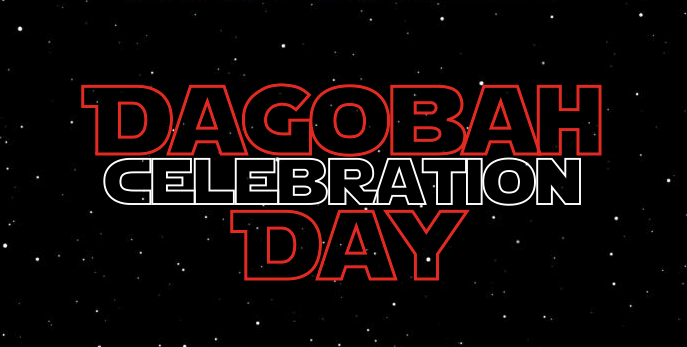 Like millions of others around the world, my Star Wars Celebration 2017 is spent at home. I spent the entire day watching the official Star Wars live stream, and while we don’t always get to see everything, I thought that what we got here was absolutely terrific.

Now, in this little reaction post, I’ll be discussing some of the news that got out of day one of Star Wars Celebration 2017, as well as some of the panels that I was able to see — starting with the 40 Years of Star Wars-panel!

40 YEARS OF STAR WARS
This was the big panel. The opener. This was going to set the tone for the rest of Celebration. Now, I have to say that I was shocked to not hear any announcements during this panel. While the panelists were happy to talk about the history of Star Wars, they never once looked ahead to the next forty years of Star Wars during this panel. Also, I thought it was rather odd that we only really got to hear about the Pre-Disney history of Star Wars.

Perhaps that was due to the design of the panel. This was basically just a celebration of George Lucas’ time with Star Wars, and, thankfully, George Lucas was there throughout the panel. He, like Hayden Christensen and others later, got a deserved standing ovation.

We also got to see two special video messages from two Star Wars prequel trilogy stars – Liam Neeson and Samuel L. Jackson. Jackson is still talking about seeing Mace Windu return, and Neeson made a joke about shooting a Jar Jar Binks movie. It was a lot of fun to watch.

The other big surprise during the panel itself was that Harrison Ford was there. It was so nice to see Ford, Hamill, Lucas, Anthony Daniels, Billy Dee Williams, and Peter Mayhew on stage together.

Of course, we all knew that two people were missing and missed. One of those people – Star Wars legends – got a very emotional and heartwarming tribute. The loss of Carrie Fisher was handled beautifully by Kathleen Kennedy, George Lucas, and the entire panel. Billie Lourd even came out on stage to talk about and honor her mother. Sadly, this was also where the live stream was having a lot of problems.

But then they showed the Carrie Fisher tribute video. It had me bawling my eyes out. I was already emotional when the panel started, but this video really broke me. It was my own reaction to the Carrie Fisher and Debbie Reynolds moment during the 89th Academy Awards In Memoriam tribute all over again.

And just as we thought the panel was over with the end of the tribute video, another surprise came our way. Suddenly, John Williams was there with the Orlando Philharmonic Orchestra to perform some classic Star Wars themes. It was a beautiful ending to a terrific opening panel that didn’t include any major announcements, but was still everything the fandom needed right now.

IAN McDIARMID: TALES FROM THE DARK SIDE
Ian McDiarmid’s performance in the Star Wars saga is one of the very best and most deliciously evil things in the franchise, so to see this panel with him was a lot of fun. I do wish that maybe we would have gotten a panel with McDiarmid and Hayden Christensen, but I don’t think that happened on Day One or will happen this year, sadly.

It was a really entertaining panel, but the one thing that I jotted down towards the end of the panel was something rather political. McDiarmid said that you should ‘keep your wits about you,’ and question the authoritarians who preach democracy.

OTHER NOTES
I did watch the panel with Dave Filoni and Pablo Hidalgo, but I didn’t get that much out of it, to be honest with you. Now, the reason for that may be that it was pretty tough to enjoy via the live stream. You see, while Filoni and Hidalgo were pointing to artwork shown to the crowd, they seldom actually managed to switch cameras to let us see what was going on. It was a really disappointing panel as a result.

I thought the Ray Parks panel was really fun to watch, even if it maybe wasn’t the most exciting thing of the day. Parks is always entertaining to watch with a lightsaber in-hand, but the best thing about the panel was Warwick Davis who just continues to be a terrific panel host.

The only other note I have is that apparently Billy Dee Williams announced that he isn’t in The Last Jedi. I’m not sure where or when he said this, but I don’t think it was on a panel shown on the live stream. Now, it probably wouldn’t be the first time someone’s lied to us to keep a secret, but I actually do believe him. Hopefully, he’s just keeping it a secret, and if he’s actually telling the truth, then I hope he appears in Episode IX.

THE LAST JEDI-PANEL PREVIEW
Okay, so this should be it. We should finally get a trailer – or teaser trailer – for The Last Jedi during this panel on Friday. Now, I’m not sure anything could be as special as that The Force Awakens trailer with the ‘Chewie, we’re home’ line in it, but I’m willing to be proven wrong.

I’m not quite sure if I want to hear Luke’s dialogue in this trailer. Maybe they should just keep it secret until the film is released in December. I do hope we get to see Luke with a lightsaber, and I really want to see how Ben Solo looks now that Rey scarred him. I just hope they don’t really give us too much of the story in this trailer. Feed us moments that will get us excited about the film, and if you can bring us to tears again, then I’m excited to see how you’ll do it.

As for the panel itself? Well, it’s simple really. If no one on stage makes a mistake similar to Jiang Wen’s last year, then I think Lucasfilm will be happy. Hopefully, we’ll get to learn a little bit more about Snoke or how Leia will be featured in The Last Jedi. I’m hoping for a great panel, with an even greater trailer.

What was your favorite part of the 40 Years of Star Wars-panel? Sound off in the comments.