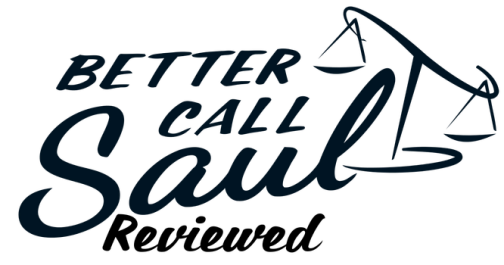 The following is a review of the eighth episode of the second season of Better Call Saul, available on AMC in the U.S. and on Netflix in Europe. Expect story spoilers.

In the eighth episode of this season of Better Call Saul (“Fifi”), Kim quits her job at HHM, Mike tails Hector Salamanca, and both Chuck and Jimmy act out of spite. Fifi was directed by Larysa Kondracki, and written by Thomas Schnauz.

Better Call Saul has the potential to be one of the best spin-offs/prequel-shows of all-time. This season has been really strong so far, and the level of quality is astounding. With Fifi, the writers have once again proven that their show might be the best on television.

The episode teaser/opener, which contained a cool long take tracking shot, masterfully set up Mike’s story in this episode. Mike made a mistake with Tuco, and that brought Hector into his life. Mike is not about to make that kind of mistake again.

And so, like the viewers watching the tracking shot, Mike is slowly tailing, or following, the Salamancas around. I’m not quite sure how he’s going to use his homemade spike strip yet, but Mike is a professional – and this time he’s going to be one step ahead of Hector.

“Either you fit the jacket, or the jacket fits you.” – Kim Wexler.

Rhea Seehorn’s Kim Wexler has been the highlight of the season so far, and Seehorn did a great job in Fifi too. By not going for Mesa Verde the way that Jimmy had suggested, she had also put herself in a tough position. The argument that she made to Mesa Verde was solid, but she didn’t realize just how rotten Jimmy and Chuck’s relationship is.

One of the things that this show excels at is its use of lighting. When Hamlin visits Chuck to tell him that Kim is taking Mesa Verde with her to Jimmy, there is this great moment where you see Hamlin and Chuck standing in front of each other. You see Hamlin, but Chuck is shown in an almost featureless silhouette.

I’ve previously written that I understand where Chuck is coming from, and I still do, but his true colors are shown in this episode. He’s not showing up at the Mesa Verde-meeting for Hamlin or HHM. No, he’s showing up because of Jimmy. It’s always about Jimmy. Chuck knows that the meeting will be tough for him – that it may even hospitalize him – but, nevertheless, he gambles with his own life to stop Jimmy. And Chuck does stop Jimmy, while Kim’s career is temporarily halted.

And Jimmy does get some sort of revenge. Obviously, Jimmy goes and checks on Chuck, but Jimmy is done playing nice. I’m not quite sure what Jimmy gets out of changing the address, other than Chuck and Hamlin noticing that someone changed the documents. But it’s a nice little plot point.

And let’s just talk about montages for a minute. Better Call Saul‘s montages are so much fun. Inflatable‘s big montage was one of my favorite moments in the show, and this episode’s montage was really, really good too. And to the tunes of Little Barrie‘s “Why Don’t You Do It,” we were left to wonder how much Jimmy could have gotten done at Davis & Maine if he used that kind of energy on his job.

“Jimmy. Thanks for staying with me. I know we have our issues, but if things were reversed, I hope you know that I would do the same for you.” – Chuck McGill.

Now, I thought about this quote for a little while. Sure, for a moment you’re left to think that maybe Chuck would be kind to Jimmy – take care of him. But, ultimately, that’s not what I got out of the scene. I think the writers are showing that, yes, Chuck would go out of his way to spite Jimmy, just like Jimmy just did to Chuck. A truly rotten relationship.

I don’t think Fifi is the best episode of the season, but it is definitely in the discussion. Fifi is the eighteenth episode of Better Call Saul, and I am still shocked at how great this show is. In a television world that has said its goodbyes to both Mad Men and Breaking Bad, and is now ruled by shows following zombies and dragons, it is comforting to know that a show like Better Call Saul is still going strong.