Today, I am revealing the first half of the 2019 nominations for my blog’s awards (I’m Jeffrey Rex Awards [IJR Awards]). The nominations that I will reveal today concern the television, video games, superhero, and music categories. The second half of the nominations — the film categories — will be revealed at some point in early February, so that I am able to watch some of the Oscarworthy films that won’t be released in Denmark until the beginning of 2020. END_OF_DOCUMENT_TOKEN_TO_BE_REPLACED

The following is a review of Spider-Man: Far From Home — Directed by Jon Watts.

Do note that this review includes spoilers for Avengers: Endgame.

Isn’t it crazy that Tom Holland has already played Spider-Man in five movies? Holland hasn’t even been Spider-Man for as many years as Tobey Maguire was, and Maguire only appeared in three films. Even though Tom Holland’s first solo film only came out two years ago, a lot has happened since Tony Stark first took Holland’s Peter Parker under his wing and presented him with a snazzy suit powered by Stark Industries technology. Avengers: Infinity War and Avengers: Endgame happened. Parker was snapped out of and back into existence, he lost his mentor, and, somehow, five years went by in the blink of an eye for your friendly neighborhood Spider-Man. END_OF_DOCUMENT_TOKEN_TO_BE_REPLACED

The following is a review of Velvet Buzzsaw — Directed by Dan Gilroy.

In 2014, Dan Gilroy’s directorial debut — Nightcrawler — became a hit with critics and audiences alike. It gave us a brilliant and rivetingly unhinged performance from its leading man, Jake Gyllenhaal, and it showed us that Dan Gilroy was a supremely talented filmmaker.

With his second directorial effort, Roman J. Israel, Esq., Gilroy stumbled a bit, even though that film had another committed lead performance — this time from Denzel Washington. Now, Gilroy and Gyllenhaal have reteamed for a horror film about the art world with Netflix’s Velvet Buzzsaw, and, though it isn’t quite a return to form, it shows us that Gilroy is perfectly capable of having fun with his art. END_OF_DOCUMENT_TOKEN_TO_BE_REPLACED

The following is a review of Stronger — Directed by David Gordon Green.

When Peter Berg’s Patriots Day was released in 2016, a lot of people took issue with the kind of story it was — and some people even said it was too soon for that kind of film. But while Patriots Day, a dramatization of the events that dealt with the bombing head-on, was the subject of this type of controversy, backlash, what-have-you, David Gordon Green’s Stronger deals with that act of terrorism very differently. END_OF_DOCUMENT_TOKEN_TO_BE_REPLACED 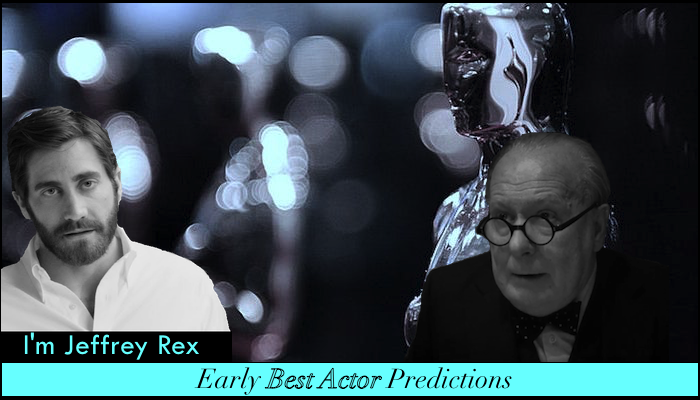 A couple of weeks ago, I released my early predictions for Best Picture at the 90th Academy Awards. This week, I’m looking at another category. Last year, Casey Affleck won the Academy Award for Best Actor for his performance as Lee Chandler in Manchester by the Sea. But what about next year? Is it finally time for Gyllenhaal or Oldman, or will Hanks or Day-Lewis nab yet another win? END_OF_DOCUMENT_TOKEN_TO_BE_REPLACED

The following is a review of Okja – Directed by Bong Joon-ho.

In October 2015, the first Netflix ‘original’ movie was released. Cary Joji Fukunaga’s Beasts of No Nation was a great film for Netflix to champion as an example of how great their films can be. However, while Fukunaga’s film was recognized by the Screen Actors Guild, BAFTA, and the Hollywood Foreign Press, the Academy Awards completely ignored what was one of the best films of the year.

Then, at the 2017 Cannes Film Festival, Netflix’s newest original movie – Bong Joon-ho’s Okja – was met with boos as the festival elite rebelled against the Netflix way of distributing films. Nevertheless, the film itself overcame the harsh and unfair critique that its distributor was getting, and it is easy to see how and why, because Bong Joon-ho’s Okja is the best non-documentary Netflix original film yet. END_OF_DOCUMENT_TOKEN_TO_BE_REPLACED

The following is a review of Life – Directed by Daniel Espinosa

Life, written by Rhett Reese and Paul Wernick (the writers of Deadpool and Zombieland), is an intense science fiction thriller. The film follows the International Space Station’s crew, which captures a space probe that holds an organism that proofs the existence of extraterrestrial life. The organism is named ‘Calvin,’ after an elementary school named after Calvin Coolidge, but the astronauts soon discover that the organism isn’t as harmless and friendly as they expected. END_OF_DOCUMENT_TOKEN_TO_BE_REPLACED

Every year we get upset about something or someone being left off of the Academy Awards nomination list. This year was especially upsetting to fans of Amy Adams, and that gave me the idea to give you a list of what I consider to be the worst Oscar nomination snubs of all-time, including this year’s biggest Oscar snub.
END_OF_DOCUMENT_TOKEN_TO_BE_REPLACED

The following is a review of Nocturnal Animals – Directed by Tom Ford.

In Nocturnal Animals, Susan Morrow (played by Amy Adams), a gallery owner, receives the manuscript for a novel by her ex-husband, Edward Sheffield (played by Jake Gyllenhaal). She is now married to Hutton Morrow (played by Armie Hammer) and she’s losing touch with her husband, who is actively cheating on her. Susan is surprised to learn that Edward has dedicated the novel to her, and even more disturbed, but intrigued, by the story which takes place in West Texas and is a very violent revenge story. END_OF_DOCUMENT_TOKEN_TO_BE_REPLACED

2016 is almost over, and I really can’t believe it. It feels like the summer movie season just ended, but here we are at the end of the year. That also means that we need to start looking forward to some of the films that are released next year. I, obviously, don’t know if any or all of these will be good, or even great, but with this list I’m trying to point out which films I’m super excited for. END_OF_DOCUMENT_TOKEN_TO_BE_REPLACED