The following is a recap and review of the seventh episode of WandaVision, available exclusively on Disney+. Expect story spoilers and general Marvel Cinematic Universe spoilers.

In the seventh episode of WandaVision — titled Breaking the Fourth Wall — Darcy (played by Kat Dennings) brings Vision (played by Paul Bettany) back up to speed, while Wanda Maximoff (played by Elizabeth Olsen) decides to have a day all to herself, which means that ‘Agnes’ (played by Kathryn Hahn) has to take care of the twins. Meanwhile, Monica Rambeau (played by Teyonah Parris) tries to get back inside the Hex. END_OF_DOCUMENT_TOKEN_TO_BE_REPLACED

The following is a recap and review of the sixth episode of WandaVision, available exclusively on Disney+. Expect story spoilers and general Marvel Cinematic Universe spoilers.

In the sixth episode of WandaVision — titled All-New Halloween Spooktacular! — Tommy (played by Jett Klyne) and Billy (played by Julian Hilliard) get ready to celebrate their first Halloween inside the Hex with their family, including their mysterious “uncle,” Pietro (played by Evan Peters), who Wanda Maximoff (played by Elizabeth Olsen) seems slightly suspicious of (perhaps because he, well, has been ‘recast,’ as a character in the previous episode said). Meanwhile, Vision (played by Paul Bettany) has decided to lie to his family and explore Westview on his own. END_OF_DOCUMENT_TOKEN_TO_BE_REPLACED

When Adam Sandler was campaigning during the last awards-season for his performance in the Safdie Brothers’ Uncut Gems, he made a threat to the Academy and the film community as a whole. Sandler remarked that if he were to not get an Oscar nomination, then he would purposefully make a movie that was ‘so bad’ to make us all pay. Well, here we are. Sandler was not nominated for his phenomenal performance in Uncut Gems. Steven Brill’s Hubie Halloween, which was, of course, filmed prior to the Oscar ceremony in question, is Sandler’s first film since he missed out on a deserved Oscar-nomination. And, frankly, this film is not the worst straight-to-Netflix film that Sandler has made for the streaming service. In fact, if he keeps on churning out straight-to-Netflix films such as this one, even though it’s certainly not good, then I’ll take it, in return for an Oscar-worthy Sandler-performance every other year.

END_OF_DOCUMENT_TOKEN_TO_BE_REPLACED

The following is a review of 2018’s Halloween — Directed by David Gordon Green.

One of the challenges of being a Star Wars fan is that newcomers to the series, or those unfamiliar with the texts, tend to become confused by the order of the film series. The first film is the fourth episode. The fourth film is the first episode. Sure, the seventh film is the seventh episode, but then you suddenly have to explain where the Disney spin-off films fit in. It can be fun, but it can also be tiring. Halloween fans know this problem all too well. END_OF_DOCUMENT_TOKEN_TO_BE_REPLACED 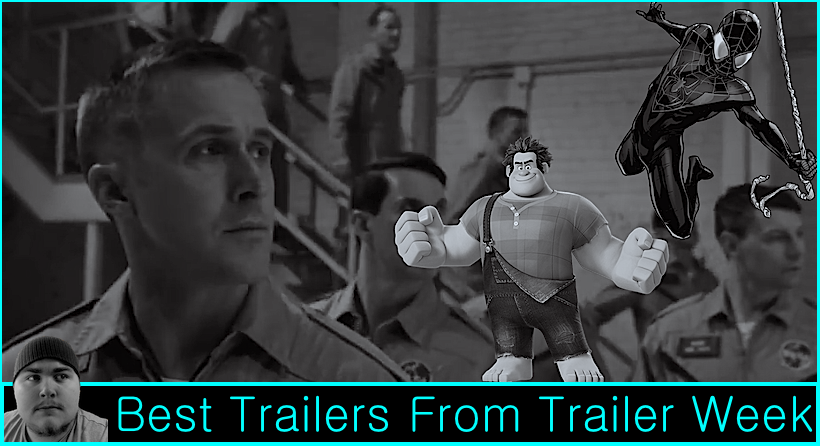 You may not have noticed this, but this last week more trailers than you can possibly keep track of were released. Some of them you likely heard of, like the Halloween trailer, but there are so many more interesting trailers to talk about. So, today I am ranking the Ten Best Trailers of Trailer Week 2018. END_OF_DOCUMENT_TOKEN_TO_BE_REPLACED

Since we just celebrated Halloween, I thought I should do a list of horror films. I thought it’d be a good idea to name my top ten favorite horror films from the 21st century (so far). Now, I ended up using a somewhat loose interpretation of horror. You will also find both horror comedies and select thrillers on this list. So, without further ado, let’s take a look at some of my favorite ‘new’ horror films and the like. END_OF_DOCUMENT_TOKEN_TO_BE_REPLACED