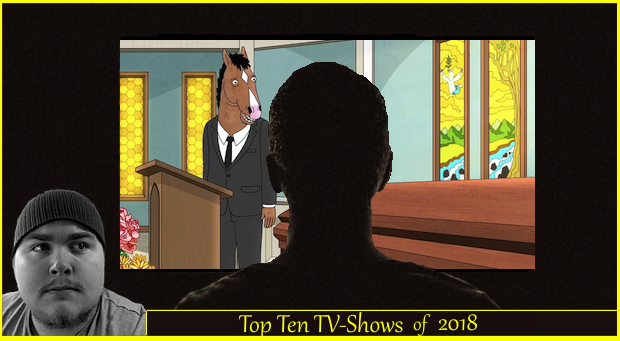 The New Golden Age of Television continued in 2018 with yet another great year of television. This must be reiterated year after year — yes, even in a year without Game of Thrones — 2018 continued that age, or trend, in which television is as effective as, or even more so than, cinema. For some, television of 2018 is defined best by the return of the increasingly confounding Westworld, and, for others like me, it is best defined by limited series that kept my attention far better than most long-running shows. END_OF_DOCUMENT_TOKEN_TO_BE_REPLACED

The following is a review of all eight episodes of Marvel’s The Defenders – Created by Douglas Petrie & Marco Ramirez.

It all started extremely well for the Netflix Marvel show universe. Both seasons of Daredevil are very popular, Jessica Jones’ first season was as well. Luke Cage, however, was much more divisive. It was met mostly by praise, but, looking back at it, it’s hard not to be upset with how the latter half of the season was presented. END_OF_DOCUMENT_TOKEN_TO_BE_REPLACED

Today I’m revealing the first half of the 2016 nominations for this blog’s IJR Awards (I’m Jeffrey Rex Awards, but you probably already guessed that). The two legend awards (Film Legend and TV Legend) aren’t getting any nominees, instead I’ll reveal the winners, or honorees, in the eventual IJR Awards 2016 post.
END_OF_DOCUMENT_TOKEN_TO_BE_REPLACED

Happy Turkey Day! Since the year is coming to an end – and it is already Thanksgiving – I thought I’d post a list of things from the world of film and television that I’m thankful for this year. END_OF_DOCUMENT_TOKEN_TO_BE_REPLACED

Saint Matthew is back! – I loved the first season of Marvel’s Daredevil. It was the perfect show for me, as it outweighed the light nature of other Marvel Studios content. Since then we’ve seen the excellent first season of Marvel’s Jessica Jones, and how Daredevil lost its showrunner Steven S. DeKnight, with the latter leaving me very worried about the future of the show. The second season of Marvel’s Daredevil is the first piece of Marvel produced entertainment brought to you by Netflix in 2016, and I am glad to say that the level of entertainment is as high as it has ever been.  END_OF_DOCUMENT_TOKEN_TO_BE_REPLACED

It’s about time for the third annual I’m Jeffrey Rex Awards! Writing it like that makes it sound super silly and serious all at the same time – don’t worry, I realize that! This year there are a total of 18 awards or titles. Each title has a maximum number of five nominees, and a minimum of three.

Today, in this post, I’m revealing the entire list of nominees, before returning with the official IJR Awards 2015 presentation on Monday the 21st of December. I had considered presenting the titles on the 18th of December, but due to the fact that I want spoilers for The Force Awakens to stay at a minimum on this site, I will not give myself the possibility of speaking in spoiler-language until the Monday after its release.

Speaking of Star Wars, I’ll be seeing it on the 16th of December, and due to the franchise’s place in my heart I’ll reserve a spot in each relevant category for The Force Awakens. END_OF_DOCUMENT_TOKEN_TO_BE_REPLACED

The following is a season one review of Marvel’s Jessica Jones, a Netflix Original show.

Marvel’s Jessica Jones is a Netflix Original show created by Melissa Rosenberg, of Twilight and Dexter-fame, which continues the Netflix adventure for the Disney owned Marvel Universe. Set in the same world as Marvel’s Daredevil and the Marvel Cinematic Universe, Jessica Jones continues our journey to The Defenders mini-series. And while Jones’ villain, Kilgrave, wasn’t as complex as Wilson Fisk was in Marvel’s Daredevil, Kilgrave was much scarier. Jessica Jones‘ debut season is just as great as Daredevil‘s first season was. END_OF_DOCUMENT_TOKEN_TO_BE_REPLACED

On Friday the 20th of November 2015 (more than seven months after Marvel’s Daredevil was released on Netflix) Netflix releases its second of four superhero shows preceding a The Defenders mini-series. Marvel Studios’ first female-led superhero property will be Marvel’s Jessica Jones, and I’m really excited about it. END_OF_DOCUMENT_TOKEN_TO_BE_REPLACED 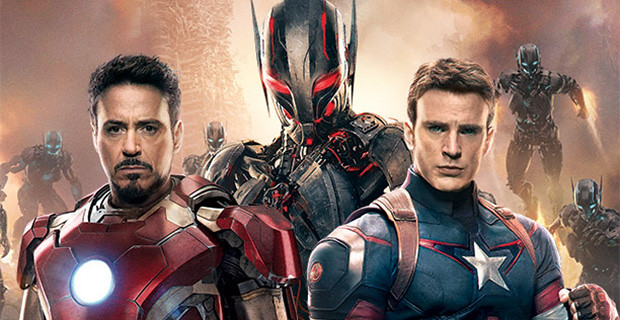 In a month we’ll be halfway through the year, therefore I’ve decided to look back and note my current frontrunners for each award, and reveal if there are any changes for this year’s I’m Jeffrey Rex Awards. END_OF_DOCUMENT_TOKEN_TO_BE_REPLACED