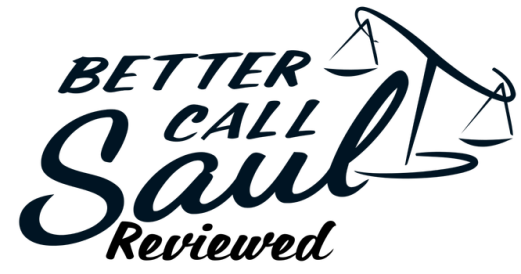 The following is a review and ‘recap’ of the first episode of the second season of Better Call Saul, available on AMC in the U.S. and on Netflix in Europe. Expect story spoilers.

I was happy to see that the season began with another flash-forward to the Cinnabon. It was a nicely constructed sequence of events, which did hint towards something bigger happening in these scenes. I have some theories of my own, but I’ll keep some of them secret for now. There was something really strange about the screws lying on the ground, and I theorize the “S.G. was here” may be an intentional misdirect courtesy of the writers. But I might be reading too much into the scene.

I really liked this episode, even if I found that it didn’t move the story along that well. It isn’t a filler episode by any means, but at some point the prequel show has to move forward. I need the second episode of the season to do more with the characters and the overall arc of the show. Jimmy was left in a complicated spot, both with Kim and with his profession, and I am intrigued to see what the change of scenery will mean for the rest of the season.

Kim (played by Rhea Seehorn) was an integral part of the episode, and her interactions with Jimmy and the stock savvy financer, Ken, was the highlight of the A-story. By the way, Ken, played by Kyle Bornheimer, is another Breaking Bad-alum. He first appeared in the episode “Cancer Man,” which saw his vehicle go ‘up in flames’, as it were, courtesy of Walter White. I have to admit that I was a bit sad not to see Chuck (played by Michael McKean) at all in this episode, and I would’ve loved to see more of Hamlin (played by Patrick Fabian) as well.

The B-story was probably the most exciting part of “Switch”, at least when it comes to truly moving the plot forward. Mark Proksch was back as Daniel “Pryce” Warmolt, and his criminal involvement had turned into a nightmare. I feel like he had been warned about this in season one, and Mike (played by Jonathan Banks) clearly wasn’t pleased. What did you need Mike for? That’s an easy answer… Everything! Nacho (Michael Mando) could boss him around, and this overconfident attitude, as we saw later in the episode, would come back to haunt him. I think this is a nice story-thread to elaborate on and develop this season, thus drawing Mike, and perhaps Jimmy, closer into Breaking Bad-like territory.

I had a lot of fun watching “Switch”, as we saw a more rebellious side of Jimmy again. But Slippin’ Jimmy perhaps wasn’t as keen on the scheming future as he had had in mind originally, seeing as an old friend of his could draw him back to the honorable life so easily. We left Jimmy at the end of season one at a crossroads, with him opting to go ‘west’, as it were. But as the first episode of the second season drew to a close, he was facing ‘east’ once more. Therefore, In the end, I couldn’t stop feeling like the show had taken one step forward, but two steps back in “Switch.”