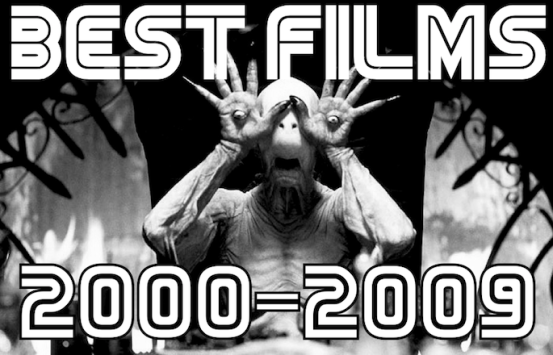 The 2000s marked the beginning of the true golden age of comic book films but it was also the decade in which people started to depict the Iraq War. New techniques were used to make the very best films of the decade, and the Academy Awards chose to truly accept fantasy into their hearts.

Do note that this is my personal top 10 list of the 2000s. Your favorite film may be missing, and I may have loved that film, but, ultimately, this is just a top 10. These decade lists are the very hardest lists to write, for there are so many films that I had to leave out. If there are films on this list that you’ve never seen, then I would suggest that you check them out post-haste.

H.M. – The Assassination of Jesse James by the Coward Robert Ford (2007)

2007… What a year. As you’ll see on this list, 2007 is probably the year that I think was the best for cinema this decade. This Andrew Dominik western epic is a masterpiece just like the other 2007 films on this list. What hurts this film quite a bit is just how long it is. I don’t think it is bloated, but rather I think it runs exactly right the length and Dominik sets the right pace for a western epic about inevitable ends. But it won’t be for everyone, and it will test some peoples’ patience.

If you somehow missed it — as I had for the longest time — then please find a way to see it. It is deliberately paced, it requires the right mindset, but it is a gorgeous western, and I think Pitt and Casey Affleck’s ‘relationship’ in the film is so captivating that I’d be interested in reading long essays about it. If you find any, send them my way. 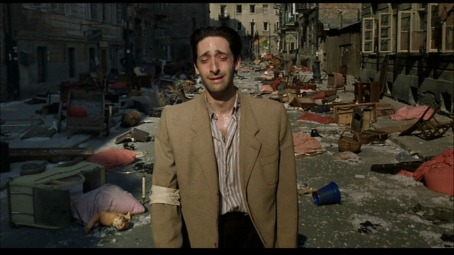 The Pianist is a historical drama based on a memoir of the same name by Władysław Szpilman. It follows Szpilman (played by Adrien Brody), a Polish-Jewish pianist, during the Second World War and the holocaust. It is arguably Roman Polanski’s best film since Rosemary’s Baby, and I think it also features Adrien Brody’s best performance.

The Pianist won Cannes’ Golden Palm (Palme d’Or), but missed out on the Academy of Motion Picture Arts and Sciences’ Best Picture award. Chicago took that award instead, while The Pianist won the awards for Best Actor, Director, and Adapted Screenplay.

This is one of those films that I had to add to this list later. There Will Be Blood really is something. It is a damn near flawless film set in the American frontier about driven individuals influenced and poisoned by greed.

Perhaps the greatest comic book movie of them all; The Dark Knight is a terrific film, which is driven by not one, not two, not three, but four legendary acting performances – Gary Oldman, Christian Bale, Aaron Eckhart, and Heath Ledger are all brilliant. Heath Ledger gave the best performance of his short career, but, sadly, did not live to see the praise.

You can go on and on about how brilliantly this film is crafted from a directing or writing perspective, but this film really is spectacular because of the acting performances. It should be studied by all actors and actresses. 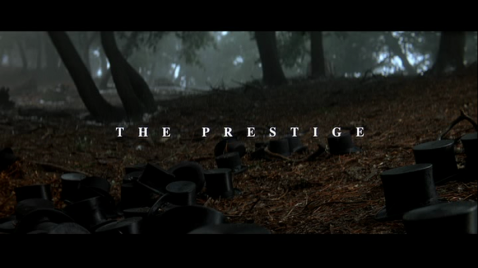 The 2000s was an excellent decade for Christopher Nolan. Nolan directed five films in the 2000s, with The Dark Knight probably being the most popular of them all. And while I loved both the Dark Knight trilogy and Insomnia, this was the first film that felt like a real Nolan-project since Memento. I feel that it was tragically underrated by the Academy.

I’m ashamed to admit that I saw this film way too late. But I have to say this. Anton Chigurh made my blood run cold. Fantastic film, and, honestly, even though it sucks to have to update this list – this one really deserves to be on the list.

At number five, I have Requiem For A Dream – one of the toughest films to watch. Darren Aronofsky’s masterpiece was robbed at the Academy Awards. They only got one nomination (for Best Actress), and Ellen Burstyn didn’t even win it. Burstyn, Jared Leto, Jennifer Connolly perfectly capture the ways in which you can be addicted – and their performances are magnificent. 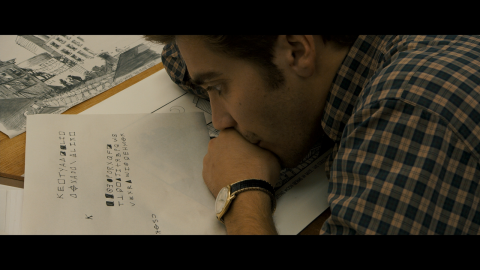 Zodiac is a mystery-horror film starring Jake Gyllenhaal, Robert Downey Jr., Chloe Sevigny, and Mark Ruffalo. David Fincher directed this film, which was written by James Vanderbilt and based on Robert Graysmith’s Zodiac. The film follows Robert Graysmith (Gyllenhaal), a cartoonist, as he tries to solve the mystery of the infamous, and very real, Zodiac Killer. Zodiac is not just one of my favorite thrillers of all-time, it is one of my favorite films of all-time. It is a film that absolutely will haunt you.

I am, going, to be honest, Martin Scorsese is probably my favorite director. Scorsese has made a lot of legendary films, and I honestly do think that this is a masterpiece in the crime drama genre. I find it absolutely absurd that some critics say that Scorsese’s Best Director award for The Departed was basically an honorary award.

The Departed is a special movie, full of homages, legendary performances, and more swear words than you’ve ever spoken yourself. But it is not the best film of the decade.

From my Before Sunset review:

Although this film is much more mature than the one it is a sequel to, the ending does seem to suggest that our mature selves can still be swept up by the naïve romance of our youth. The boundaries of time do not matter when the spark is back and plans are rescheduled accordingly.

I loved this film when I first saw it years back, but I didn’t find the want to revisit it until more than a decade after it came out. This was not the original pick on this list, when it was first put together. But when I rewatched this — when I finally rewatched this — I ended up falling deeper in love with it. It is such a simple and beautiful masterpiece made by the most genre-giddy auteur of the 21st century. It is flawless.