On this, the fourth ‘installment’ of I’m Jeffrey Rex’ Marvelous Monday, I’ve decided to give you the very first ‘What if’-post. The entire setup of a ‘what if’-post is different, for while regular casting-speculation posts might talk about what could happen, the ‘what if’ posts are much more fact based – at least that’s my intention.

The very first ‘What if’-discussion centers around the epilogue of the Sam Raimi-era of Spider-Man. Let’s look at the bare facts here. Sam Raimi’s first Spider-Man film premiered in 2002, its leads where Tobey Maguire, as the titular hero, James Franco, as Harry Osborn, Kirsten Dunst, as Mary Jane Watson, and Willem Dafoe, as the one-off villain Norman Osborn. Two years later, the beloved sequel premiered – with the same basic cast – and another one-off villain – this time Alfred Molina playing Dr. Otto Octavius. Three years thereafter, the third film in the franchise premiered. The movie wasn’t a success – critics criticized its many subplots, and many villains, who, all, were underdeveloped and underused.

This was to be just a slight bump in the road, Sony clearly wasn’t done with the franchise – and, seemingly, not done with the leads and Raimi. Years went by as Sony and the fans were left wanting more – waiting – waiting – losing patience. There was talk of Vulture or Carnage appearing – but time and time again rumors were shot down. Raimi was unable to find a suitable script for his story, and, eventually, Sony and Raimi went their seperate ways in 2010.

Now we all know that Sony would treat this as yet another bump in the road, march on and make more films – though with new actors. Andrew Garfield was cast as the titular hero in the rebooted franchise, and in 2012 Sony had released their first film in the Marc Webb-era. But what if the disappointing scripts, the departure of Raimi – and bad reviews had scared Sony into selling the film-rights back to Marvel Studios?

I like to say that there are two types of Spider-Man fans out there: the ones that feel Andrew Garfield is perfect in every way as the titular hero/nerd, and the ones that feel Andrew Garfield’s Peter Parker has too much swagger for everybody’s favorite superhero wallflower. I fall into the second group. When I think of Peter Parker, I think of this very intelligent, yet shy, kid – a wallflower – who finds confidence and swagger in his new moonlight-career. 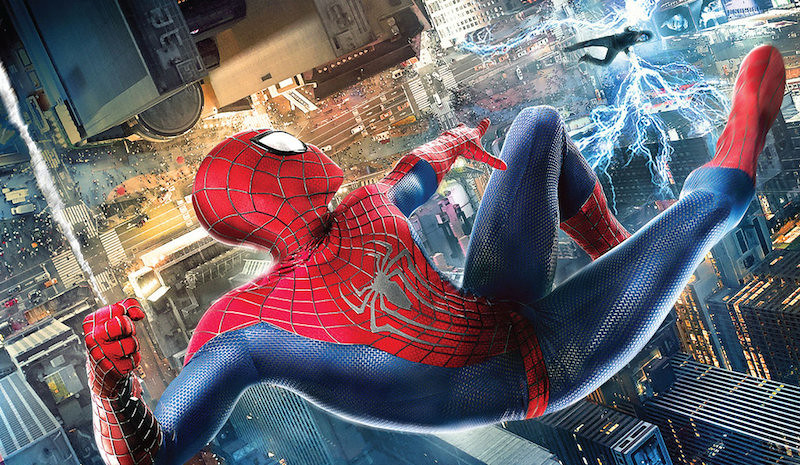 Andrew Garfield has been perfect as the show-off Spider-Man – he IS perfect as Spider-Man. But the hero Sony gave us, the hero Garfield portrayed, was far too cool in high school for our very own wallflower. That is something the Raimi-films nailed, and something I think Marvel would’ve kept – would’ve proudly given to us. Garfield is a perfect Spider-Man, but miscast as the classic Peter Parker. Keep this in mind when I mention who Marvel likely would’ve considered casting.

In 2010 Marvel Studios gave us Iron Man 2 – one of the few years with only one film in the Marvel Cinematic Universe. Now, we know that Sony had rebooted the franchise in 2012, and I think Marvel would’ve done the same thing. For one, Raimi would probably have been disinterested in morphing his universe into another – and secondly, Marvel gave us the Cinematic Universe on the heels of the final film in the Raimi-trilogy.

Back in 2008 Marvel had released plans for Thor, Captain America, Avengers and Ant-Man films. So it would have been pretty darn impossible for them to fit in Spider-Man in Phase 1, as it had been mapped out completely already by Kevin Feige. I believe that Marvel would have premiered their own new Spider-Man franchise in the spot they released Iron Man 3, thus moving the Tony Stark-trilogy finale into November.

This would’ve, probably, killed Guardians of the Galaxy in Phase 2 – seeing as Thor: The Dark World was definitely being made due to the success of Loki – and the fact that Guardians wasn’t officially announced until 2012. Though, seeing as Feige was pretty hyped about the possibility of a cosmic Marvel Universe, I suspect it would’ve replaced Inhumans in Phase 3. But look on the bright side, what if – instead of the Shawarma-scene at the end of Avengers, we had seen Peter Parker getting bitten? That would’ve blown our minds, and eased the transition into a reboot.

Now, here’s the thing, while Donald Glover unwittingly had assured Marvel Comics that they were to create Miles Morales, Morales would not have been in the Cinematic Universe at this time. Why, you may ask. The answer is simple – Morales wasn’t created until 2011. Though that wouldn’t necessarily stop Marvel from casting an African-American as Peter Parker – seeing as Axel Alonso had been inspired by the election of Barack Obama in 2008.

I would love to see Donald Glover as Spider-Man, which shouldn’t be a surprise to people that have read the ‘Who Am I?’ section of the blog, I am a big fan of his – and of the show that somehow made Marvel Comics take the plunge. But this post is about what I think would happen, not what I would’ve liked to see happen. I think Marvel would’ve given the leading role to up-and-coming actor Anton Yelchin.

Marvel Studios would’ve likely looked at the same actors that Sony did, seeing as their movie would be created at the same point in time. Sony actually looked at Anton Yelchin – along with Logan Lerman, Josh Hutcherson and many more. Lerman, and Hutcherson would probably have played the same version of Peter Parker that Garfield did at Sony, and at Marvel they would probably feel awkward as the wallflower-Parker. I don’t think Anton Yelchin would’ve.

Anton Yelchin’s career was going very well around the time of the Raimi-Sony split – having starred in the Terminator Salvation, the crime-flick Alpha Dog, and the science fiction reboot Star Trek, following his career as a child-actor. Yelchin’s time was coming, and I believe he had shown enough for Marvel to take a chance with him.

Yelchin would be able to play someone more geeky, as seen, somewhat, when he played Chekov in Star Trek – but would also be able to handle intense scenes, as seen when he played Kyle Reese in Terminator Salvation. I think Marvel would’ve kickstarted their Spider-Man era with him.

Now, would it have been a bigger succes than Sony’s films? Probably. Marvel’s track-record is much better – and they’re known to be able to handle their characters very well. Also, Marvel Studios’ Spider-Man films wouldn’t be carrying the entire Cinematic Universe – the Avengers film(s) would have.

That’s all for this week – but the question remains – do you agree with me? Who would Marvel have given the role? Is Garfield your perfect Parker? Sound off in the comments. I’ll be back with another entry in I’m Jeffrey Rex’ Marvelous Monday next week.