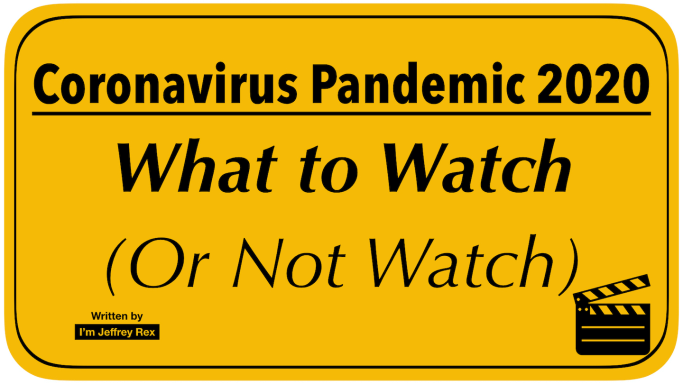 If you’re like me, you spend a lot of your time during your Coronavirus pandemic self-isolation by watching a truckload of films and shows. In this edition of Special Features, I have listed several films and television shows that I have watched recently. Also, I obviously recommend that my readers watch both Westworld and Better Call Saul, but since I am reviewing — or plan to review — these shows, I won’t be discussing them in this article. In fact, I don’t currently plan to write lengthy reviews of most of the shows or films that I am specifically writing about in this article. However, that does not mean that I don’t have plenty of shows or films that I want to recommend. Let’s dive in. END_OF_DOCUMENT_TOKEN_TO_BE_REPLACED

The following is a review of Doctor Sleep — Directed by Mike Flanagan.

How do you please the fans of two very different masters of storytelling (i.e. Stephen King and Stanley Kubrick) when the storytellers’ understanding of The Shining differs so much that the author, Stephen King, once disowned director Stanley Kubrick’s extremely popular adaptation? How do you continue the story of The Shining on the big screen, when King and Kubrick’s endings are in conflict with each other? Those questions made the adaptation of Stephen King’s Doctor Sleep, a sequel to his hit novel The Shining, an incredibly daunting task exactly because audiences would expect it to also be a sequel to Kubrick’s beloved masterpiece. Mike Flanagan, a promising horror filmmaker who adapted Stephen King’s Gerald’s Game into a terrific Netflix film, was eventually chosen for the difficult task. Ultimately, I think Flanagan, who both wrote, directed, and edited Doctor Sleep, did an outstanding job. Flanagan has confidently united two clashing visions in this quite satisfying, but undeniably unnecessary sequel. END_OF_DOCUMENT_TOKEN_TO_BE_REPLACED

The following is a review of In the Tall Grass — Directed by Vincenzo Natali.

Vincenzo Natali’s In the Tall Grass is a straight-to-Netflix horror film based on the Stephen King and Joe Hill novella of the same name, which was initially released in issues of Esquire magazine in 2012. Natali’s adaptation follows Cal (played by Avery Whitted) and his pregnant sister Becky (played by Laysla De Oliveira), who is considering giving up her baby for adoption. When they are driving in the middle of nowhere, Cal has to pull over because his sister is feeling sick. While having stopped by the side of the road, they both hear a boy (played by Will Buie, Jr.) screaming for help from inside a nearby field of very tall grass. They both decide to enter the field to get him out, but, once they have entered the claustrophobic green field of grass, they quickly realize that they are unable to escape it or even find each other. END_OF_DOCUMENT_TOKEN_TO_BE_REPLACED

The following is a review of IT: Chapter Two — Directed by Andy Muschietti.

It would be an understatement to say that Andy Muschietti’s IT (2017) was a great success. Successfully building on audiences’ relationship with the 1990s mini-series, novel, or creature design, IT went on to become the highest-grossing Stephen King adaptation and the highest-grossing horror film in North American box office history (not adjusted for inflation). Therefore, naturally, expectations for the adaptation of the second ‘half’ of the 1000-page long clown-focused King novel were through the roof. Ultimately, although I don’t think the second chapter lives entirely up to the frightening but charming first film, IT: Chapter Two finds much more success in depicting the grown-up half of the novel than the mini-series did, and, even though I have notable problems with the film, I’m mostly satisfied with how this oversized crowdpleaser wrapped up the story. END_OF_DOCUMENT_TOKEN_TO_BE_REPLACED

The following is a review of Pet Sematary — Directed by Kevin Kölsch & Dennis Widmeyer.

A couple of months ago, I decided to rewatch Mary Lambert’s 1989 adaptation of Stephen King’s Pet Sematary. My father is a big fan of that film, but, I hadn’t seen it in years, and I barely remembered if I even liked it. Much to my father’s disappointment, I really didn’t enjoy rewatching Lambert’s film. This experience, I’ll be honest, actually made me more excited for this year’s remake. Perhaps I would now get the Pet Sematary film to ‘call my own.’ While I ultimately do, based on my first viewing, believe Kölsch and Widmeyer’s 2019-version is better and more effective than Lambert’s film, I was still very disappointed by what they gave us here. END_OF_DOCUMENT_TOKEN_TO_BE_REPLACED

In true Jedi Master-fashion, every year in film provides us with lessons and guides that form trends and a changing landscape in the filmmaking industry. 2017 was a great year for film, and today I want to talk about the lessons that I will remember 2017 for. END_OF_DOCUMENT_TOKEN_TO_BE_REPLACED

It, based on Stephen King’s super-sized novel of the same name, follows a group of kids, called the Losers’ Club, led by a kid named Bill Denbrough (played by Jaeden Lieberher) who had recently lost his younger brother Georgie (played by Jackson Robert Scott). Georgie disappeared into the sewers when he was met by Pennywise the dancing clown (played by Bill Skarsgård). When the dancing clown starts showing up and haunting the fearful kids of Derry, Maine, the Losers’ Club must band together to face their own demons in the form of a scary clown. END_OF_DOCUMENT_TOKEN_TO_BE_REPLACED

September is looking pretty, pretty good to me. We’ve got a Stephen King remake I am incredibly excited for, a sequel to a surprise hit by Matthew Vaughn, and, well, another LEGO Movie. Let’s talk about how much money these films will make in their opening weekends. END_OF_DOCUMENT_TOKEN_TO_BE_REPLACED

The following is a review of The Dark Tower – Directed by Nikolaj Arcel.

A dark tower stands tall at the center of the universe. It protects all realities, including our reality on Earth, from powerful dark forces from the outside. In Nikolaj Arcel’s The Dark Tower, which is based on the Stephen King series of novels of the same name, the Man in Black (played by Matthew McConaughey) is trying to destroy the aforementioned tower using abducted psychic children and their powers. END_OF_DOCUMENT_TOKEN_TO_BE_REPLACED

A Stephen King adaptation, the creepy Annabelle doll from the Conjuring horror film universe, and Ryan Reynolds paired up with Samuel L. Jackson in an R-Rated action comedy. That lineup sounds almost too good to be true. But that is the August we’re getting into. Let’s talk about how much money these films will make.  END_OF_DOCUMENT_TOKEN_TO_BE_REPLACED