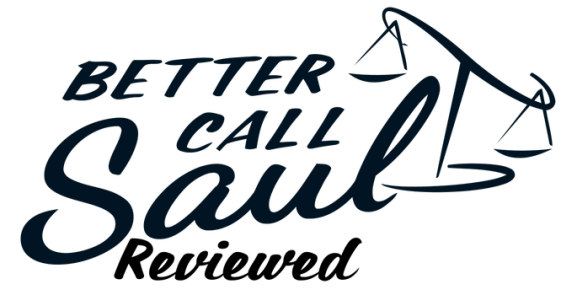 The following is a recap and review of the fifth episode of the fifth season of Better Call Saul, available on AMC in the U. S. and on Netflix internationally. Expect story spoilers.

In the fifth episode of the fifth season — Dedicado a Max — Jimmy McGill (played by Bob Odenkirk) goes to work for Mr. Acker (played by Barry Corbin), Kim Wexler (played by Rhea Seehorn) makes potentially dangerous plans, and Mike (played by Jonathan Banks) tries to figure out why he is in Mexico all of a sudden. Dedicado a Max was written by Heather Marion and directed by Jim McKay, who previously directed the Better Call Saul episode titled Coushatta.

Once again, we have an episode without Nacho and Lalo, both of whom are characters that should figure heavily into the endgame of the series due to the panicked way in which Saul Goodman said their names in Breaking Bad. While I do wish we didn’t go through more than one episode without Nacho or Lalo, it’s tough to really complain about the minor details when Dedicado a Max is as good an episode of Better Call Saul as it ultimately was. With those two characters being absent from this episode, it just so happens that this fifth episode divides pretty neatly down the middle between a really exciting and sometimes hilarious A-story and a clear and coherent B-story, which, though perfectly in-tune with how the series likes to treat Mike’s growth, didn’t work as well on me as I expected it to.

“Because I believe that you understand […] revenge.”

Since the teaser sequence, or cold open, is dedicated to the B-story, it only makes sense, to me at least, to start by talking about Mike’s unwelcomed vacation in Mexico which didn’t just sober him up, but also allowed him to take part in activities that somehow cleared his head. In the cold open, Mike is severely hurting and unable to communicate with the woman whose home he has woken up in. She is unresponsive to his incessant questions about Gustavo Fring. Mike stubbornly decides to walk all the way to the border even though he has several wounds that have not healed, and he is eventually swayed by Dr. Barry Goodman, played by JB Blanc who here makes his grand return to the world of Better Call Saul and Breaking Bad. It’s really quite simple for Mike. One, though he may not want to be held in a foreign country by Fring’s associate, he is not in a position to get home safely. Two, there really is no reason for him to rush back since his relationship with his family is not on solid ground. It is in Mike’s best interest to stay where he is, heal, and sober up. Mike does all of this, and he even fixes a windowsill in the process, but, when Gustavo Fring finally confronts Mike and tries to convince him to partner up with him again, it feels a little bit too easy, to me.

Though the title of the episode, and the memorial, hints at Gustavo Fring’s past, which we, granted, have seen glimpses of in Breaking Bad, I don’t think Fring’s attempts to sway Mike are convincing or enticing. Fring tells Mike that he wants revenge, and even though that is a cool line to end the episode with, I think it is disappointing that the writers, one, didn’t elaborate on Fring’s past and, two, didn’t show more of Fring’s speech to Mike. One may assume that Giancarlo Esposito’s character provides Mike with his backstory off-screen, but I think we needed at least something new here to strengthen the appeal of Fring’s revenge argument. There will be viewers that don’t pick up on the fact that the title of the episode and the memorial both reference Fring’s partner Max and his chilling death scene flashback in the fourth season of Breaking Bad. There may still be viewers of the show who have never seen Breaking Bad, even though that may sound absurd to some. I think this was the moment for Fring to open up, I think this was the moment where the writers were supposed to give us more of his story, and I think, in part due to the title of the episode, that it is very disappointing that they didn’t really do much with Giancarlo Esposito’s character in the episode.

Thankfully, the A-story, which features Kim and Jimmy’s scheme to help Mr. Acker, was consistently funny and even thrilling. In the A-story, the activities that we see Jimmy take part in are extremely amusing, whereas Kim Wexler’s actions are both worrying and reckless. But before we get to Kim, I want to once again mention just how incredible the Saul Goodman-at-work scenes and sequences have been this year thus far. Bob Odenkirk is in his element as the scheming criminal lawyer in Dedicado a Max. In this episode, we see Saul Goodman break into the construction foreman’s huddle, and then almost immediately ruin everything they’ve been hired to do. Over the course of several days, Jimmy thinks up and executes several increasingly ingenious and hilarious gambits. Saul, sometimes with the help of a surprisingly energetic Mr. Acker, gets law enforcement to shut down the eviction by, among other things, planting suspicious artifacts on the property, painting an image of Jesus Christ on Acker’s home, and, of course, changing his client’s address. This montage is great fun, and, frankly, what Saul does for Acker may be one of the best and most entertaining gambits we have ever seen the criminal lawyer execute. The Better Call Saul writers, directors, and editors continue to outdo themselves.

Like it or not, Jimmy, as Saul, is doing everything in his power to keep his client in his home. Mesa Verde certainly doesn’t approve of his behavior, and they’re taking their frustrations out on Kim, even though she does attempt to get out of the situation. Since her boyfriend is now Mr. Acker’s lawyer, there is a clear and obvious conflict of interest, and she is wise to inform Kevin Wachtell (played by Rex Linn), the Mesa Verde CEO, of the predicament immediately. Let’s be clear, Kim should not continue to work this case for Mesa Verde, but Wachtell’s pride and bravado will not allow him to throw a good lawyer, who he trusts, to the side, even though, as he mentions in a throwaway line: “I smell a rat.” For the record, it does not appear like Kevin knows that Kim is in on this at all, so there may be some problems with his, ahem, nose. He doesn’t seem to know that the metaphorical rodent is sitting right in front of him. Schweikart, however, has picked up on that same distinctive smell, and he is very suspicious of Kim. But Schweikart’s suspicion doesn’t sit right with Kim, as she actually makes an example of him, her superior, at the Schweikart & Cokely offices. Yelling at him in front of the rest of the office is not just an unprofessional but slightly effective way of throwing her weight around, it is also clearly insubordinate. This is the last scene with Kim in this episode, and it does hint at future problems for Kim.

“But the rational thing to do here is close the deal. Get the guy a few bucks. Pop the champagne with the other winners and smile like you mean it.”

People are beginning to become suspicious of her. She has overplayed her hand, and, I think, she is out of her depth. Jimmy and Kim may grow closer from working together, as their Kevin-and-Kim roleplay indicates, but Kim’s behavior is ill-advised. What really scares me is that Jimmy is the one who tells her, while lying with her in bed, that she has to know when to capitulate. Kim has to know that she should try her hardest not to chase something unrecoverable. As their conversation indirectly calls out, Kim is not being rational. “There’s no reason on God’s green earth to take this further,” Jimmy tells Kim. He may not be begging her to turn away from this lost cause, but this is pretty much as close as he could ever come to doing that. The chimp with the machine gun is telling the woman that he loves that she should let it go. He tells her in more ways than one. But, at some point this season, it appears that Kim’s ability to take no for an answer has almost ceased to exist. Perhaps it is because she is seeing Jimmy succeed by helping ‘the little guy,’ which, in theory, is what she desperately wants to do. If Jimmy can do it, then why can’t she? Therefore she grabs Jimmy by the hand and rushes into a ‘nasty,’ ‘personal,’ and criminal scheme to hit Kevin Wachtell, her client, where it hurts. It’s scary that it is an unrestrained Jimmy McGill who tries, and fails, to push Kim towards her moral code. This could end badly.