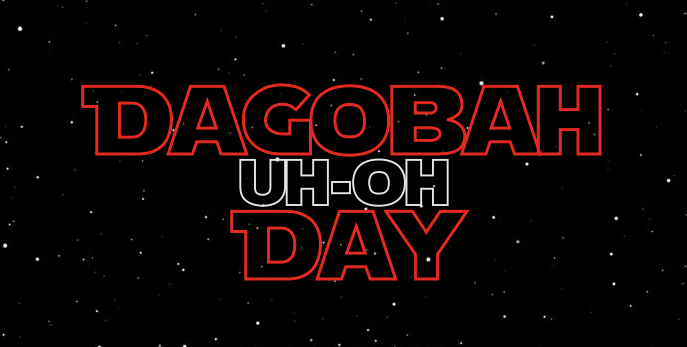 Is it time to panic? I think it’s time to panic. Now, the second Star Wars spin-off film in development is the Han Solo film (which is apparently just going to be titled Solo — no official news, though). We’ve known for a while that Phil Lord and Chris Miller, who’ve successfully directed The LEGO Movie and both 21 and 22 Jump Street, were going to be directing the film.

I was really happy with them joining the project as I trust them as directors. They are big talented voices in American filmmaking right now. I was pretty excited about what they were going to do with the film. Now, Lucasfilm have confirmed that they are leaving the project over ‘creative differences.’

Okay, so let’s try to make sense of things. It isn’t like Lord and Miller just joined the project, so either Lucasfilm didn’t do their job in figuring out what Lord and Miller’s idea for the Han Solo film was, which I honestly doubt, or something bad has happened.

“People need to understand that Han Solo is not a comedic personality. He’s sarcastic and selfish.” – The Hollywood Reporter‘s insider source.

I agree with the insider source. One of the things that one could have been worried about with a Lord and Miller Star Wars-film is that perhaps the film would be ‘too jokey.’ I don’t think it’s something I ever wrote about anywhere, but I did think that. What trumped that, for me, was that I trust these filmmakers. I am a fan of Lord and Miller. But I am also a big fan of Lawrence Kasdan, and I do trust him with Star Wars.

So, where does this leave us? With a great cast consisting of new stars like Donald Glover, Emilia Clarke, and Alden Ehrenreich and, well, no director. The aforementioned The Hollywood Reporter article lists both Ron Howard and Joe Johnston as possible replacements for Lord and Miller.

Both of those would be fine choices, but neither are as interesting choices as Lord and Miller were. But this could also be the opportunity for Lucasfilm to find the first female Star Wars director. But, apparently, only a couple of weeks of shooting remains… So…

This obviously isn’t the first time Lucasfilm has run into problems with their spin-off films. Gareth Edwards’ Rogue One: A Star Wars Story reportedly had a lot of trouble during production, and director Josh Trank was infamously let go from an unspecified Star Wars project on the day that he was supposed to appear on a Star Wars Celebration panel.

This, honestly, reminds me of what happened between Marvel Studios and Edgar Wright on Ant-Man. A sudden and unexpected change in the director’s chair. Now, Ant-Man turned out fine, and, hopefully, the Han Solo film will too. But I am very worried about this movie all of a sudden.