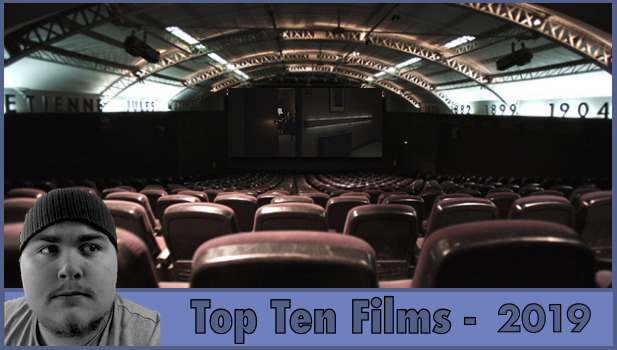 The 2010s have come to an end. Soon I will be posting several additional top ten lists on the best films of the previous decade. But, first, I have to close out last year in the right way with this top ten films of 2019-list. So, sit back, relax, and take a look at what films I think were the very best in a quite strong year for movies. END_OF_DOCUMENT_TOKEN_TO_BE_REPLACED

It’s time. This awards season has been rather short. This has been both been a good and a bad thing, though Film Twitter seems convinced that it’s only been a bad thing. Sure, AMPAS’ predictions were somewhat disappointing, and, frustratingly, many of the upcoming winners seem obvious at this point. It almost feels like only a little bit more than a handful of categories are competitive going into the big night. Today, I’m giving my final predictions for the big Oscar night — the Super Bowl for the film community.
END_OF_DOCUMENT_TOKEN_TO_BE_REPLACED

It is finally time for me to announce my own personal film nominations for the 7th I’m Jeffrey Rex Awards. Sure, we’re in 2020 now, but I needed some time to watch some of the films that weren’t released until January 2020 in Denmark to properly celebrate 2019 films.

There will be a couple of surprises here, and I’m not just talking about the nominees. There are a couple of completely new categories listed below. Each new category will have an asterisk next to it. Well, let’s get to it. END_OF_DOCUMENT_TOKEN_TO_BE_REPLACED

It is finally that time of the year again, folks! The nominations for the Academy Awards will be released on Monday (January 13th, 2020). Just in time, I am ready with my final predictions for this awards season’s Oscars nominations. Below I have tried to predict every category except for the short film categories, as I simply haven’t seen enough short films from 2019. So, without further ado, let’s get to it! END_OF_DOCUMENT_TOKEN_TO_BE_REPLACED

The following is a spoiler review of Once Upon a Time in Hollywood — Directed by Quentin Tarantino.

Quentin Tarantino has claimed that he will only direct ten feature films, and, since he considers his latest film to be his ninth, that puts a lot of pressure on this penultimate effort as a director. Having just recently rewatched and reviewed his filmography as a director, I had prepared myself for this undeniable event film for cinephiles. When I walked out of the theater, I had a soft smile on my face, and I kept on repeating these words to my mother and sister, who had seen the film with me: “I think this is his most moving movie yet.” Once Upon a Time in Hollywood is tense but also laidback, sometimes violent but generally quite kind, and much to my own surprise, as Tarantino ended his film, I had a lump in my throat — I got a little bit choked up. END_OF_DOCUMENT_TOKEN_TO_BE_REPLACED

Quentin Tarantino’s Once Upon a Time In Hollywood opened in North American theaters a couple of weeks ago, but it was just released in my corner of the world yesterday. To commemorate the release of what Tarantino claims is his penultimate feature film as a director, I decided to rewatch and review every full feature film directed by Quentin Tarantino thus far (not including his partially lost amateur film). Below you’ll find reviews of all of the films listed in the image above. So, without further ado, let’s get to it. END_OF_DOCUMENT_TOKEN_TO_BE_REPLACED 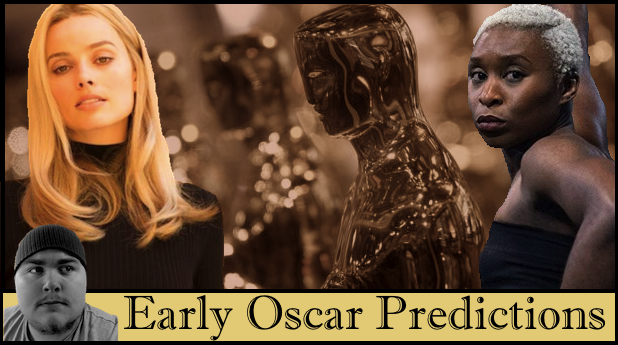 Okay, I know. This is insane. But I enjoyed doing it last year, so it’s happening again! The 91st Academy Awards haven’t even been held, and I’ve only seen, like, twelve films from 2019 at this point. I love writing about the awards season, but, to be honest with you, I find the annual best picture frontrunner backlash to be draining. So, therefore, I think it’s much easier for me to write about next year’s awards season. And don’t you worry, I have a pretty good idea of what is coming out this year. So, without further ado, let’s get to it. END_OF_DOCUMENT_TOKEN_TO_BE_REPLACED

In this, the second and final part of my 2019 film preview, I will discuss and present you with the most interesting 2019 non-tentpole films, as well as the films that may be talked about during awards season 2019. Now, just to get this out of the way, I will only mention adaptations if, and only if, I think they have Oscar potential, as the wise men and women call it.  END_OF_DOCUMENT_TOKEN_TO_BE_REPLACED

I, like many other gamers, have now spent weeks playing Red Dead Redemption 2 — Rockstar Games’ latest video game masterpiece that you can lose yourself in. While I was playing the game, I thought of many different films, some of which the game includes visual homages to. So, today I want to highlight some films that you should check out if you loved, liked, or even just had fun with Red Dead Redemption 2. END_OF_DOCUMENT_TOKEN_TO_BE_REPLACED

As always Favorite Thespians contains three separate sections: one section on the first film I saw the thespian in (“On My Radar”), another section on 5 films you need to see to know the thespian (“Homework”), and a section on my favorite performance from him/her. This month I’m focusing on one of my favorite actors right now, Michael Fassbender.
END_OF_DOCUMENT_TOKEN_TO_BE_REPLACED