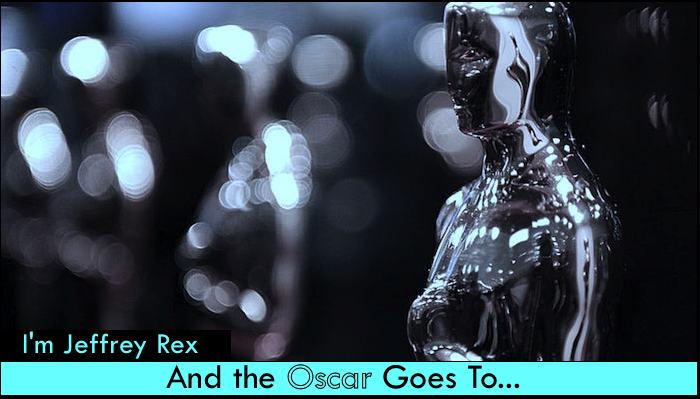 On March 4th 2018, Jimmy Kimmel will host the Academy Awards for the second time in a row. Picture that. In six months, the 90th Academy Awards will have been held. Over the next couple of months, I will be keeping an eye on the Oscar race as I always do. Today, in the very first Special Features post, I will try to give you an idea of the current landscape in the Oscar race and tell you what films I believe will be nominated for Best Picture in early 2018.

Now, I should remind you that I haven’t seen most of the films that I’ll be talking about today. While the first eight months of 2017 definitely contain at least a couple of candidates for Best Picture, only one of them is a clear favorite to be nominated. After having listed my ten top candidates (even though it is unlikely that a full list of ten films will be nominated) for Best Picture at the 90th Academy Awards in alphabetical order, I will absolutely mention some wildcards and long shots for the Best Picture race.

Not only is its first trailer gorgeous, the film is also getting a lot of early praise. Everyone have been talking about this movie since it premiered at Sundance. If you asked me at this moment what film would win Best Picture, then I’d say Call Me By Your Name without flinching, even though I’ve only seen this trailer.

Not to be confused with Chris Gorak’s The Darkest Hour, which is an alien invasion movie set in Russia. Although Gary Oldman’s transformation in Darkest Hour is the talking point right now, I think Joe Wright’s film will make it into the category seeing as the early word on the film is very positive.

At the time of writing, Dunkirk is my favorite film of the year. The production is so impressive that it deserves to be called a masterpiece. It isn’t just a film-speak cliché, Christopher Nolan has made another fantastic film and it simply must be nominated. Heck, it may even win the award.

GET OUT (Universal) — Directed by Jordan Peele

I know, I know. It is a horror movie, which was released to the American public days before Moonlight won Best Picture at the 89th Academy Award in the weirdest awards mix-up, well, ever. But Get Out isn’t like every other horror movie. Get Out is a smart horror film about racial tension that was both a huge hit with audience, critics, and at the box office. Jordan Peele’s debut feature deserves a final push to be considered for the Oscars.

I’ll be honest. Lady Bird wasn’t really on my radar until recently. Had I not heard as great things about it as I recently did, then Lady Bird‘s spot probably would’ve gone to Hostiles or Battle of the Sexes. But I’m taking a chance on Lady Bird and Greta Gerwig.

I was extremely upset when Netflix’s Beasts of No Nation was not nominated in its year of release, and the Academy got a lot of criticism for not including it. I think it is finally time for Netflix to get a Best Picture nomination, and Dee Rees’ Mudbound seems like the film to do it. I am very excited to see it, even though I probably won’t be seeing it on the big screen.

I really wish I had a better sense of what this movie is. This is a shot in the dark, for me. I believe in Paul Thomas Anderson, and I trust Daniel Day-Lewis. As has been announced, Phantom Thread will be the final film of Daniel Day-Lewis’ career, so I’m expecting a lot from him in his final film before he retires.

THE CURRENT WAR (The Weinstein Company) — Directed by Alfonso Gomez-Rejon

The Current War has a fantastic cast, it has got a celebrated up-and-coming director behind it, who recently released an audience-pleasing coming of age film. I have high hopes for this film, and I hope that a strong sense of visual style will prove to be present in the, hopefully, electric final product. We should know whether or not it’s any good very soon.

A historical drama about the Pentagon Papers directed by Steven Spielberg already sounds fantastic, but if you add to that the fact that it has got an impressive ensemble cast, which includes Meryl Streep, Tom Hanks, Tracy Letts, Carrie Coon, and Bob Odenkirk, then it also sounds too good to be true. But it isn’t and it is going to be nominated for Best Picture.

Last, but certainly not least, is what some critics are already calling Guillermo Del Toro’s best film since Pan’s Labyrinth. Del Toro has this magical thing about him that always holds my attention, and he also seems like one of the nicest people in filmmaking. Hopefully, this film is as good as advertised.

To tell you the truth, all of these were at one point close to being on the list. Of course, there is no film on this list that I’d rather have be nominated than The Last Jedi. I can’t wait to see it, and I think it’s going to be great. Right now, I think Battle of the Sexes and Stronger will have a greater shot in the performance categories (based purely on speculation), Even though I love The Big Sick, I’m still not sure it’ll be a contender for anything other than writing, but it’s on the list for now.

Most of these will probably be considered for other categories, but I just don’t see any of them getting into the Best Picture category. I’ll probably end up having both Baby Driver and War for the Planet of the Apes in my top ten films of the year list, but I doubt the Academy will hold them in as high regard as I do.

Also, Blade Runner 2049 may end up being fantastic (please, be fantastic) but unless it is a must-watch film, then I’m just not going to give it any chance in the Best Picture race — even though Denis Villeneuve, one of my personal favorite directors out there, is making it. I will say that I haven’t seen Detroit or Wind River either, but I don’t think they’re getting in as of right now.

UPDATE: There are going to be a lot of changes in my next round of Best Picture predictions, which should arrive in early November or late October.