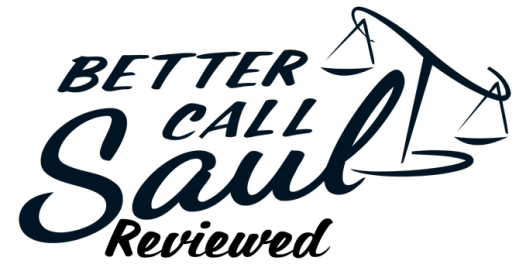 The following is a review and recap of the third episode of the third season of Better Call Saul, available on AMC in the U. S. and on Netflix internationally. Expect story spoilers.

In the third episode of the third season – Sunk Costs – Mike (played by Jonathan Banks) and Gus Fring (played by Giancarlo Esposito) discuss what to do about Hector Salamanca, and Jimmy (played by Bob Odenkirk) pleads not guilty. Sunk Costs was directed by John Shiban and written by Gennifer Hutchison.

“It’s not in my interest for Hector Salamanca to die. At this time.”

It was only a matter of time before Mike would ‘get caught.’ Jimmy’s actions at the Los Pollos Hermanos were way too unsubtle to not get Gus’ attention. Mike’s meeting with Gus goes fairly well, even if Gus may not have been happy with Mike’s initial answer.

While Gus doesn’t want Hector to die yet, he’s perfectly happy with seeing Mike bother him. The meeting with Gus essentially tells Mike that he doesn’t need to get off Hector’s tail, he just needs to not overstep his bounds.

Mike isn’t finished bothering the Salamancas, and he is quick to sniff out why exactly it would benefit Gus if the Salamanca ‘business’ were in trouble. The meeting with Gus is a test of Mike’s resolve, not so much the warning Mike might have expected.

“Here’s what’s gonna happen. One day you’re going to get sick. Again. One of your employees is gonna find you curled up in that space blanket, take you to the hospital, hook you up to those machines that beep and whirr and hurt, and this time it’ll be too much. And you will die there. Alone.”

That brings us to Jimmy who had gotten himself into a pickle. Chuck’s plan had worked to perfection, and now Jimmy is just waiting to be arrested. He’s quick to get his affairs in order: Francesca moves all of his appointments. To his credit, Jimmy isn’t panicking. Instead, Chuck seems much more worried about how his brother is taking it.

Chuck tells him exactly why he believes he has to press charges. This was, according to Chuck, all about showing Jimmy that he needed to change. That Jimmy was headed down a dark path, and Chuck was going to get him arrested – press charges – to help him.

What is really telling about the state of their relationship now is how they address each other here. Jimmy is sitting on the curb with a cigarette in his hand and his back against Chuck, who is asking his brother if he wouldn’t rather wait for the authorities inside.

Chuck doesn’t realize the mess he has made. He has irreparably damaged his relationship with his brother. Jimmy’s response to Chuck is just as cold as you would want it to be. It is a satisfying moment, in which Jimmy lays bare how hurt he feels and how he’s lost every ounce of brotherly love for Chuck. Jimmy will no longer be the one to help him, if Chuck’s illness starts acting up again — at least, that’s what Jimmy tells him.

While this scene may be all about how broken and hurt Jimmy feels, I’m actually, upon rewatching the episode, much more intrigued and impressed by what Michael McKean – who plays Chuck – does here. A perfect look of overpowering confusion and shock.

“I’ll be representing myself.”

It’s pretty sad that Kim has to find out from someone else what happened to Jimmy. Of course, Ernie is the one who tells Kim about Jimmy’s ‘situation,’ but not before we get a great montage of Kim’s morning ritual.

But let me just say this, one of the most upsetting things about this episode, in particular, is how Chuck didn’t just use Ernie to get Jimmy in trouble, but Chuck also went on to fire the poor guy for doing exactly what he expected him to. A bad week for Ernie, to say the least.

Kim gets to Jimmy just in time to hear him plead not guilty, but not with enough time to spare to convince him to let her represent him. Jimmy doesn’t want Kim to get involved in his problem, but Kim isn’t about to let Jimmy go down this road on his own.

“I need a package yay big.”

Mike, who is still keen on troubling the Salamancas, goes to a free clinic to meet with a doctor that gives Mike a package of cocaine. Now, what I didn’t realize when I first watched the episode was that we’ve seen the doctor before.

It is another Breaking Bad cameo, this time from Dr. Barry Goodman (played by JB Blanc), a character that appeared in a couple of episodes in the last couple of seasons of Breaking Bad. It is these types of cameos and easter eggs that I really enjoy, as they don’t get in the way of telling the story. They never overpower the narrative.

Mike’s plan is genius and it works very well on screen. First of all, it’s just a delight to see Jonathan Banks try to throw a pair of shoes onto a phone wire, and, ultimately, it’s fairly easy to follow what his plan is. And, of course, it ultimately works to perfection. This is the beginning of Mike working for Gus, and it is very exciting to watch, even though Mike doesn’t ever say much.

“I’m not going to defend his actions, but I can’t help wondering if there’s not a better solution for everyone.”

So, what does Chuck’s meeting with the prosecutor tell us? Well, for one, it does seem like Chuck feels bad — at least, a little bit. The prosecutor – Hay (played by Kimberly Hebert Gregory) – doesn’t want to let Jimmy off easy, but Chuck has a better idea — a different strategy altogether.

Chuck isn’t necessarily interested in sending Jimmy to prison. Instead, Chuck wants Jimmy to lose his law license. This is right in line with the way of thinking Chuck has always had.

Chuck sees their profession as something honorable, and to see his own ne’er-do-well brother with a law license has always been upsetting to Chuck. Chuck thinks he’s better than Jimmy – that the profession is better than him – and that is ultimately what drives his actions. A sibling rivalry run amok.

I think Sunk Costs is the weakest of the first three episodes of a third season that is shaping up to be one of the best in the series. It’s not quite time to assess the entire season, but this start has been both meticulous and gratifying.

Also, it’s frankly fantastic that these small Breaking Bad connections and easter eggs don’t truly overpower the series as much as they add to one of the two major characters in the show. This is still Jimmy’s show, but he’s getting closer and closer to Saul-territory, and he has started to ‘burn his bridges,’ so to speak.

However, one thing is bothering me these days. With the second season, Rhea Seehorn’s Kim became one of the primary characters of the show, and fans adore that character. Yet three episodes into the new season, she hasn’t really gotten to do anything. Other than her excellent montage, all we really got of her this episode was her rejection in court and the last scene of the episode. The character deserves better.