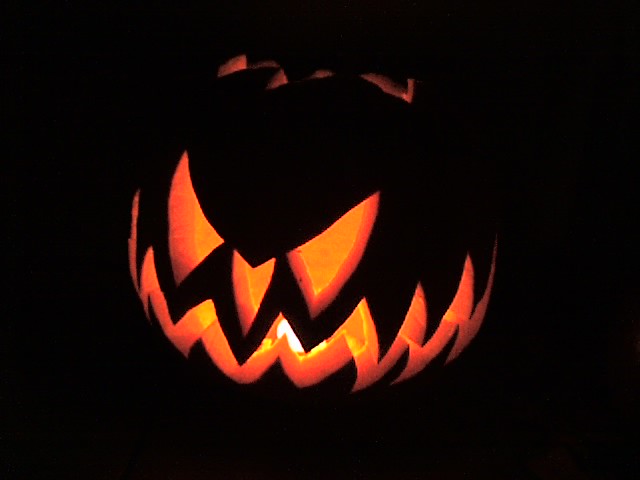 Hey there, today I’d like to suggest a couple of films that me and my family loves to watch on Halloween. Sure, Halloween’s not strictly a Scandinavian-tradition – but as Denmark has been Americanized (or rather its youth has been), we’ve started to adopt things.

So, today I’d like to show you some of the films my family likes to watch on Halloween. With that having been said, the obvious ones won’t be featured – i.e. don’t expect films like Halloween or Trick ‘r Treat.

My sister and my Dad love horror films, and I think it would be good to highlight their favourite spooky films – the ones that they can always watch on Halloween (or the traditional Danish equivalent Fastelavn). Let’s start with my sister.

My sister loves, and I mean loves, Jeepers Creepers starring Gina Philips and Justin Long. Maybe it’s due to the fact that the main characters are siblings – maybe that’s why she always wants to watch this film with me. I’m not going to discuss this director, due to what he supposedly did to a young actor. So there. Another film she adores is Ginger Snaps starring Emily Perkins and Katharine Isabelle – personally, I think this film is overrated – but it is a nice little film about werewolves in school. I’d recommend that one, sure.

Now, my dad is the biggest horror fan I know, and he’d probably say The Exorcist is his favourite horror film – but he really likes most scary movies, even recent ones like Sinister or Annabelle. One of his recent favourites is Insidious by James Wan (an excellent horror director), which is a very good horror film – honestly one of the better mainstream horror films of the last couple of years. It’s about this kid who is being haunted by ghosts and the like, and his family trying to stop it. It also has this chilling song attached to it, that my dad oftentimes hums – Tiptoe Through the Tulips. My sister and my dad love scary movies. I think they’re okay – I find them fascinating – and I think my mother is the same way. One thing she hates, though, is when my dad sings ‘God is in His Holy Temple’, which was heavily featured in Poltergeist II.

I’m a different type of horror fan, but I do really like the comedy-horror Raimi-series Evil Dead – especially Army of Darkness. There’s just something about it that I love. I do feel like I have to mention Poltergeist (1982), because that is probably my favourite Horror film – it’s really scary, or at least it was when I saw it for the first time, and it’s definitely worth a re-watch this year. Finally, if you want a recent movie – filmed spectacularly, with good actors, a great plot – then I’d probably suggest The Conjuring, which I think will be remembered as the best Horror Film from the early 21st Century.

Suggestions, in no particular order:

One thought on “Happy Halloween – What To Watch?”