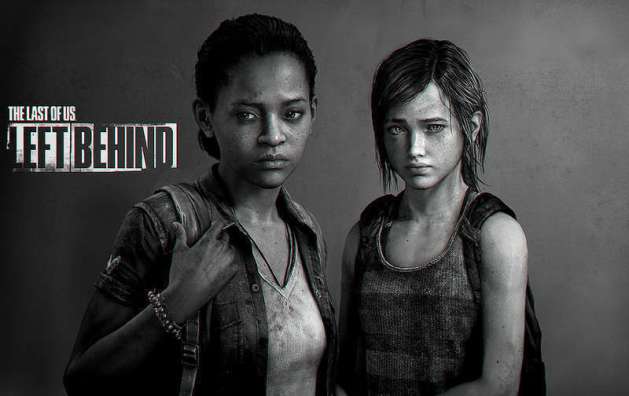 Naughty Dog recently released downloadable content for its new potential super-franchise The Last Of Us. Now, I’m not a huge DLC-gamer, I tend to stick to the originally released story. Going into this story DLC I was very much afraid of it becoming too similar to the Tomb Raider feel, and I was really worried that they potentially would ruin parts of the game campaign I absolutely loved.

As you know, The Last of Us was a 10 out of 10 for me, and I was worried about how I would really react if they released something below average. I was really, really worried. It did not help when I was told one would play as Ellie throughout the game. Don’t get me wrong, I love Ellie – but Joel’s feel was special to me, and I would have loved something like a story DLC focusing on the twenty years prior to him meeting Ellie. Hell, maybe they’ll get to that in a later game . Now, as we move on – please be aware – this coming post is SPOILER filled. Also, know that the original game campaign will also be SPOILED somewhat.

If you played through the original campaign, you might remember Ellie talking about an old friend – mentioning how she got bit. That is one half of the DLC, the other focuses on the immediate period following Joel’s big injury. If you’ve played the original campaign, you should know what I mean – his injury right before winter. The DLC does a nice job of switching at important moments in both stories – and makes the total story theme work perfectly – fighting for life, for love, for friendship – being all poetic […]. Hint. Hint.

Don’t expect a lot with Joel, though you do see the ‘hero’ of the original campaign. Ashley Johnson returns to the game, and yet again is amazing as Ellie. Newcomer Yaani King is perfect as Riley, Ellie’s good friend. Their relationship is the heart of this tale, wherein we see the transformation that Ellie has gone through. Perfect moments include the two girls imagining a Tekken-like game, that hints to the original campaign somewhat. My favourite moment, though, was when they tried out masks. It was just a nice experience to have.

I’ve read other reviews of this DLC, and I do feel like most were right. I totally agreed with IGN’s Colin Moriarty, when he expressed that the combat felt forced – especially near the end of the game. Though there was a great use of the ‘distraction’ technique in this game, wherein you can eliminate danger perfectly by leading the infected to the humans chasing you and Joel.

Overall I felt that the DLC was amazing in story, but lacked a great deal when it came to active combat. The story added feel to the original campaign, and I think it left us at the right point. Some might argue that it wasn’t long enough, that you had to overpay for a short DLC – but I believe that the experience of Left Behind could leave no one wanting in story. Naughty Dog continues to shine.

Final Grade: 9.0 out of 10.0. An amazing stoy shines in a great DLC that forced some combat to appease a small part of its audience.