Today I’m posting a Top 10 list of great games I’ve played in my life so far. A lot of top 10 lists are biased, even though they promise not to be. This time though, expect a biased list – for this is my own top 10 – not of the best games or of my favourite games, but the most meaningful or important games for me. I have been known as a Sony fan boy, but hopefully you’ll see today that I am much more than that; for Nintendo and PC were my early lovers in gaming before settling down with Sony’s powerhouse franchise, PlayStation. This was the first really violent game I played, I think. At least the first game wherein I noticed violence and/or a change in feel. Now this was not the first ‘GTA’-game that I played, but the first one that I truly loved. I still have fond memories playing it on my old PlayStation 2, and to see the leap gaming has taken since then has been absolutely amazing.

This game feels really old to me in memory, but it is one I remember loving. Maybe it was the feel, maybe it was the gameplay – but something kept me going playing this early on as a gamer. Sadly, this series is not really breathing today. This was the very first game I played on the PlayStation 2, and I absolutely loved it. The PlayStation 2-generation symbolises the era in which I became something more than a Light Gamer, this was the era in which I began walking on the road to becoming a Heavy Gamer. I’m actually not sure how the Jak-series is looked upon generally, but I absolutely love that era in gaming.

This game series has been really powerful to my generation, both my generation of gamers and for simple anime-interested in my generation. It is the touchstone of the genre for me, the paramount level for Pokémon I’ve witnessed.

I’ve counted 4 best friends in my life, and the first of these was Kasper from Copenhagen, Denmark. Kasper introduced me to a lot of things in gaming, one of these things were Bomberman. I would call this game addictive, and it really was for us year round. Today I get really nostalgic just thinking about the times we spent with this little game.

This last year was a big one for gamers of all types, and for me two stood out, one’s number 1 on this list and the other is this one. Gone Home is special for what it does not do, rather than for what it does. I’ve said before that you must play this game not knowing what it is really, for the story is simply amazing, and I’d hate for anyone to get that ruined. This was another game Kasper and I played a lot, especially at his place. I think every kid, who acknowledges Nintendo, has a special spot in his or her heart for Mario. This game solidified his place, along with characters like Luigi. I vividly remember switching between Mario and Luigi every time we started a new race.

Remember when I said GTA3 was the first violent game I played, well evidently that is not true – but these games did not feel real to me, I guess that is why. This is probably the game I played the most with my sister growing up. My sister is not a gamer, I’d say she is way too casual to call herself that, but these types of games my sister always gets hooked by. To this day I remember how we nicknamed the characters fighting, and how, frankly, she’d beat me up when she was Yoshimitsu. 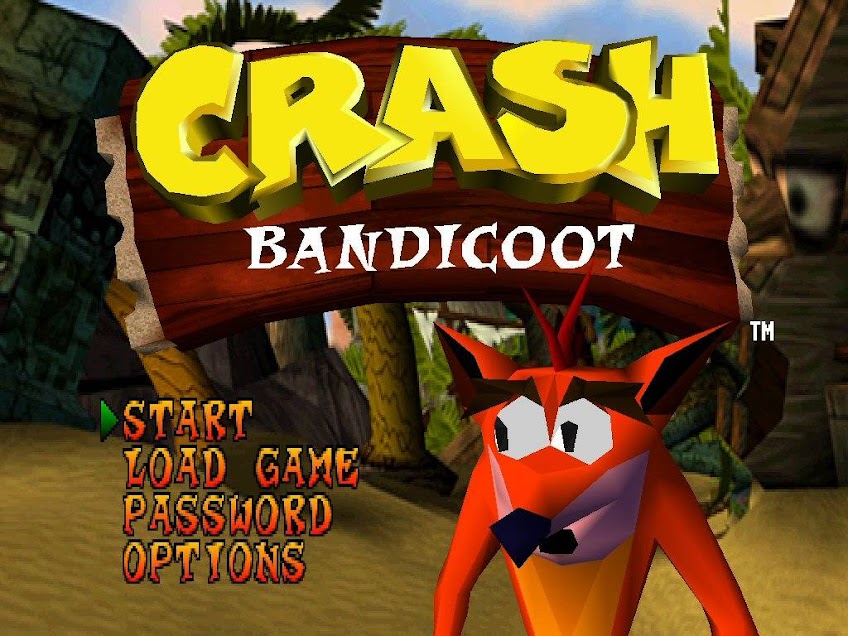 I think this was one of the first games I ever played on a console. I remember sitting in a Copenhagen apartment in my sister’s room (for some reason our PlayStation One console was in there) playing this all day long, my sister even enjoyed the game, as I understand. It is amazing for me to see how much Naughty Dog has ‘shaped’ me as a gamer in my life. For more on the developer, I suggest, and highly recommend, IGN’s piece on its history by Colin Moriarty.

I’ve talked about this game a lot for a long time, and I’ve even blogged about it numerous times these last months, I believe. It is deserving of all the praise in the world. Writer Neil Druckmann, and the rest of the Naughty Dog-team, created a world that blew me away. But before commenting on the game itself, let me talk about the build-up briefly. It feels like ages ago it was announced formally, though I think it was in 2011 at Spike’s Video Game Awards – anyway, I believe that’s when I heard of it the first time. I was instantly hooked, and for a very long time this was the game I was anxiously waiting for, hoping for. I might say that it ruined other games for me, for in the time between the announcement trailer and the launch of the game I always focused on it – sat there waiting – Dualshock 3 in-hand. Eventually it released/launched in 2013, and my expectations were big – I, myself, thought I would be disappointed, thankfully that was not to be. PlayStation 3’s Swan Song The Last of Us is for me the greatest game personally, but also the greatest game I’ve ever played. Why? It is the perfect mix of gameplay, multiplayer, story and art in games. From the opening moment of the game to the much-discussed ending I was hooked emotionally. It has become my favourite game of all-time. I honestly don’t believe I’ll ever love a game more than this, but then again – who knows what Naughty Dog’s up to. For more on the game, read my award section for 2013 wherein the game received high praise as well.