Cinematic universes and film series with numerous spin-offs — in the vein of the Marvel Cinematic Universe — are all the rage these days. The primary example of this in the horror genre is the Conjuring film-universe, which, at this point in time, consists of eight films. This horror film cinematic universe was essentially launched by James Wan, who is probably one of the most influential horror filmmakers of the last ten years, and his films in the series — The Conjuring I and II — are, frankly, the best and most memorable films in the entire film series. For that reason, I was very nervous when I heard that he would step away from the franchise and let Michael Chaves, who directed The Curse of La Llorona (which I really did not like), continue, or potentially finish, the titular series of films in the Conjuring film-universe. After having now seen the third main-line Conjuring-film, I can say that even though it is nowhere near as good as Wan’s films, Chaves’ second film in this film universe is admittedly significantly better than his previous film.

END_OF_DOCUMENT_TOKEN_TO_BE_REPLACED

The following is a review of Shazam! — Directed by David F. Sandberg.

It pleases me to say that the DC Cinematic Universe has turned a corner. For so long, Wonder Woman, the first film in the connected universe to receive a majority of positive reviews from film writers, seemed like an anomaly in the inconsistent universe where mixed reception was the best that you could hope for. James Wan’s Aquaman, however, was a big hit — one that indicated that perhaps the DC connected film universe still had life in it. And for Shazam! — a character most audiences will be unfamiliar with — DC and Warner Bros. borrowed yet another director from the Conjuring-film universe, Swedish David F. Sandberg, who, thankfully, has made a huge homerun hit for the weakened connected universe.
END_OF_DOCUMENT_TOKEN_TO_BE_REPLACED

It, based on Stephen King’s super-sized novel of the same name, follows a group of kids, called the Losers’ Club, led by a kid named Bill Denbrough (played by Jaeden Lieberher) who had recently lost his younger brother Georgie (played by Jackson Robert Scott). Georgie disappeared into the sewers when he was met by Pennywise the dancing clown (played by Bill Skarsgård). When the dancing clown starts showing up and haunting the fearful kids of Derry, Maine, the Losers’ Club must band together to face their own demons in the form of a scary clown. END_OF_DOCUMENT_TOKEN_TO_BE_REPLACED

The following is a review of Annabelle: Creation – Directed by David F. Sandberg.

Annabelle: Creation is a prequel to 2014’s Annabelle, which takes place twelve years prior to the first film. The film follows Sister Charlotte (played by Stephanie Sigman) and a group of orphans who move into the house of a former dollmaker, Samuel Mullins (played by Anthony LaPaglia).

The Mullins family lost their daughter to an accident twelve years earlier, but they are now ready to open their house to kids that will, at the very least, liven up the place. But not all dolls are created equal, and the Mullins family has one very special doll hidden in their daughter’s old room. That doll ‘is’ Annabelle, and she is ready to play on the young orphans’ fears. END_OF_DOCUMENT_TOKEN_TO_BE_REPLACED 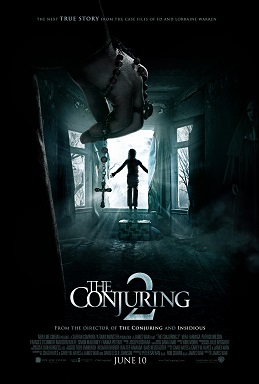 The following is a review of The Conjuring 2, a James Wan film.

I loved the first The Conjuring. James Wan had made another great horror franchise, and it pretty much came out of nowhere. It was magnificent, and it is now regarded as a new horror classic. Needless to say, there was a lot of pressure on the filmmakers to recreate the greatness of the first film. Now, while I don’t think it is as amazing as the original film, The Conjuring 2 is a pretty great horror sequel. END_OF_DOCUMENT_TOKEN_TO_BE_REPLACED 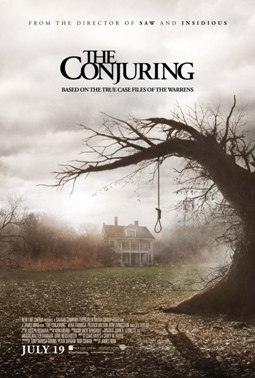 The following is a quick review of The Conjuring, a James Wan film. The review was written on June 9th, 2016.

Right now, James Wan is the most promising horror movie director. He hasn’t really made a lot of wrong moves, or bad movies for that matter. I’ll be seeing the sequel to The Conjuring later today, so I can’t really evaluate The Conjuring 2 yet, but just look at what he has directed. He started the Saw-franchise, as well as the Insidious-franchises, extremely well.

The Conjuring is already a horror franchise, seeing as we already have the first spin-off (2014’s Annabelle) as well as a sequel. We can’t overlook Dead Silence, which has gotten a lot of negative reviews, but I know people that love that film too. James Wan is a terrific horror director, and The Conjuring is the closest thing he has gotten to a true masterpiece. It is terrific.  END_OF_DOCUMENT_TOKEN_TO_BE_REPLACED