Based on the Eric Jager non-fiction book of the same name, The Last Duel tells the true story of one of the last judicial duels in France in 1386, when Jacques Le Gris (played by Adam Driver) and Sir Jean de Carrouges (played by Matt Damon) went head-to-head in a trial by combat to decide whether or not Le Gris was guilty of raping de Carrouges’ wife, Marguerite (played by Jodie Comer). However, all three of their lives were on the line. Because their rules stated that if her husband were to lose the duel (and his life in the process), then the courts would regard Marguerite as a false accuser and sentence her to death as a result of his loss.

END_OF_DOCUMENT_TOKEN_TO_BE_REPLACED 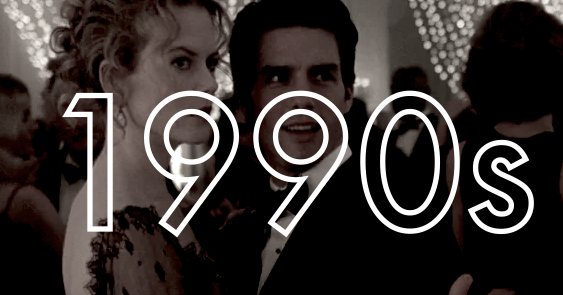 The 1990s were very important for the evolution of major motion pictures. It gave us the Disney Renaissance (1989-1999), as well as Pixar – the greatest computer animation film studio in the world. Meanwhile, the advancements made in the field of CGI also made some of the most important 1990s films possible.

Do note that this is my personal top 10 list of the 1990s. Your favorite film may be missing, and I may have loved that film, but, ultimately, this is just a top 10. These decade-lists are the very hardest lists to write, for there are so many films that I had to leave out. If there are films on this list that you’ve never seen, then I would suggest that you check them out post-haste. These aren’t full reviews of every film, but each entry features a comment or two about the film.  END_OF_DOCUMENT_TOKEN_TO_BE_REPLACED